BSNL employees to go on nationwide hunger strike on Monday 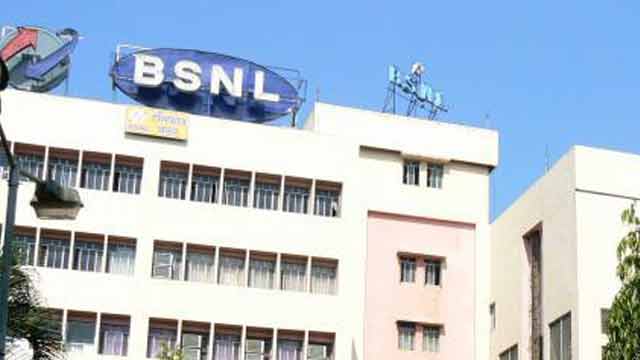 The employees of the Bharat Sanchar Nigam Limited (BSNL) have decided to go on hunger on Monday seeking early implementation of the Union Cabinet’s decision to revive the state-run telecom company.

The nationwide hunger strike has been called by the All Unions and Associations of BSNL (AUAB).

The AUAB said the hunger strike aims to create pressure on the expeditious settlement of the grievances of the Bharat Sanchar Nigam’s employees, say media reports.

The Union Cabinet in a meeting in October last year approved the merger of the BSNL and the Mahanagar Telephone Nigam Limited (MTNL).

The Union Cabinet approved a Rs 69,000 crore revival package for both BSNL and MTNL.

After the Union Cabinet meeting, union telecom and IT minister Ravi Shankar Prasad had said the government would put in Rs 29,000 crore for revival of both the companies and their assets worth Rs 38,000 would be monetised.

As per the Cabinet decision, the MTNL would become a subsidiary of BSNL until the merger is completed as the entire process to merge both the firms together would take a longer time.

The salient features of the package included allotment of 4G spectrum, issuing sovereign guarantee for raising Rs 15,000 crore (Rs 8,500 for BSNL and Rs 6,500 for MTNL) funds via long-term bonds, monetisation of assets and implementation of voluntary retirement scheme (VRS).

Of these announcements, only the VRS has been implemented and 78,569 BSNL employees have been sent home.

The central government is yet to allot 4G spectrum to the BSNL.

The sovereign guarantee is also awaited besides the process of monetisation of BSNL’s assets is also moving in a slow pace, the AUAB said in a statement.

The AUAB further said the Supreme Court’s recent judgement on the AGR calculation created uncertainties in the telecom sector due to which banks were unwilling to extend loans to BSNL.