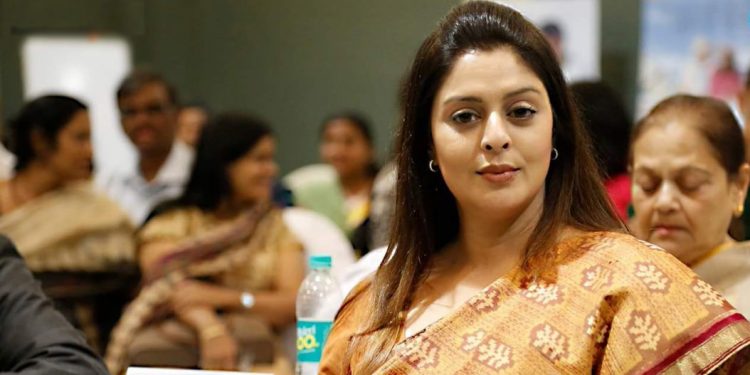 Former Bollywood actress Nagma Morarji is on her way to Assam to campaign for Congress MP Gaurav Gogoi on Tuesday.

As per reports, Morarji who is the General Secretary of All India Mahila Congress will participate in a road show in Bokakhat.

Morarji is a yesteryear Indian actress primarily known for her role in Telegu and Tamil films after from starring in a few popular Bollywood films like Baaghi, Police Aur Mujrim and Yalgaar. She joined the Congress party in the year 2004.

For the forthcoming Lok Sabha polls to be held in three phases in Assam on April 11, 18 and 23 next, the battle royale in Kaliabor is between Gaurav Gogoi of Congress and Asom Gana Parishad (AGP) candidate Moni Madhab Mahanta.

In the last Lok Sabha elections held in 2014, the Congress continued its winning streak with Gaurav Gogoi getting 443,315 votes and Mrinal Kumar Saikia of BJP garnering 349,441 votes.