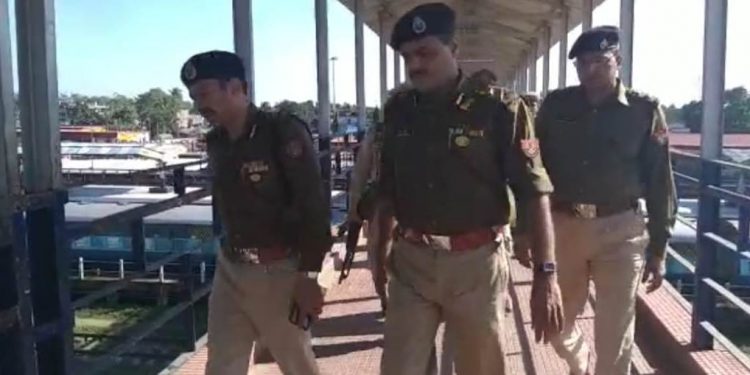 A high level team of Assam police and GRPF on Sunday visited Rangapara Railway Junction in Sonitpur district to investigate the blast at Kamakhya-Dekargaon Intercity express at Kathalguri near Harishinga Railway station that injured three passengers.

A team of bomb expert at Rangapara station examined the coach of the train where the blast took place on Saturday evening.

Inspector General of Police (Law & Order) Deepak Kumar who inspected the railway coach at Rangapara informed the media that it was low intensity blast.

He said as per bomb experts the bomb used in the blast was crude bomb which was prepared with crackers, kerosin and cement. IGP Kumar, however, refused to divulge who might be involved in the blast.

“Investigation is still underway and it is too early to say who carried out the blast,” Kumar told reporters at Rangapara. ULFA (I) has already denied its role in the blast.

He further said that security has been tightened in the passenger trains and more security personnel have been deployed.  Top railway officials and GRPF DIG also visited the spot on Sunday.