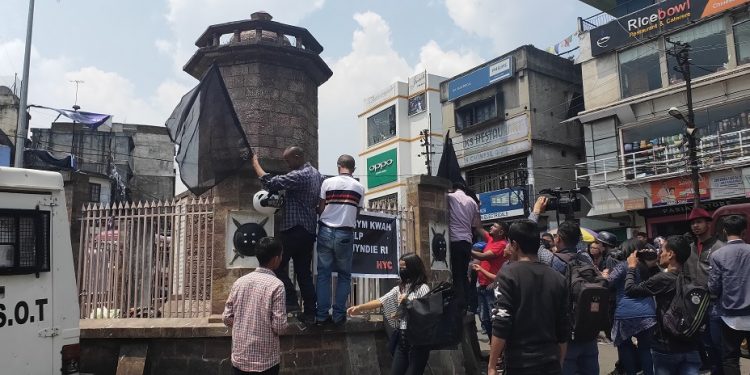 The Confederation of Meghalaya Social Organizations (CoMSO) began its agitation to demand for implementation of Inner Line Permit (ILP) system in the state and observed Tuesday as ‘black flag day’.

The agitation was part of the protest against the State Government’s failure to implement ILP system in the State.

CoMSO is a conglomerate of several organizations and its members put up black flags in many places in the state capital and other districts.

Vehicles, both commercial and private were given black flags.

Black flags and banners inscripted with writings demanding implementation of ILP were also hanged in public places including Motphran area of capital Shillong.

Members of the Hynñiewtrep Youth Council (HYC) and other organizations marched on the streets and pinned black badges on individuals as they seek support for immediate implementation of ILP.

CoMSO leaders said that black flag day is the beginning of agitation against the adamant attitude of the state government towards the demand for immediate implementation of the ILP to check influx and illegal immigration into the state.

In Garo Hills also, CoMSO activists put up black flags in many locations.

CoMSO would soon announce other agitational programmes to further pressurize the government to implement the ILP in the state.