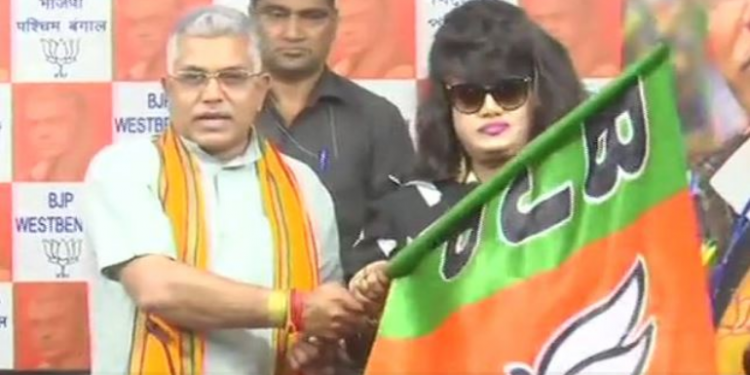 The Bharatiya Janta Party (BJP)’s fascination for Hindu Bangladeshi nationals has been palpable once again after it roped in a Bangladesh born actor into the party fold.

The BJP, which is constantly pushing the Citizenship (Amendment) Bill, 2016 primarily to grant citizenship to Hindu Bangladeshis from the neighboring country, has invited an actor, who has yet to clear her citizenship status.

Actor Ghosh’s refusal to speak on her present citizenship status has cast doubt whether she has got Indian citizenship or she is still a Bangladeshi national.

During the event, Ghosh was handed over a BJP flag.

When asked by the media about her present citizenship status, she refused to speak.

Opposition Trinamool Congress targeted the BJP over what it claimed was lack of clarity about her nationality, leading to questions about how a “Bangladeshi” could join an Indian party.

The question arose especially in the wake of two Bangladeshi actors being sent out of India after the BJP complained to the Election Commission about them campaigning for Trinamool Congress candidates for the national election.

Anju Ghosh, who became a superstar 30 years ago, was the star of Bangladesh’s biggest blockbuster, “Beder Meye Josna“, released on June 9, 1989. It was remade in West Bengal in 1991 and again went on to become a mega hit.