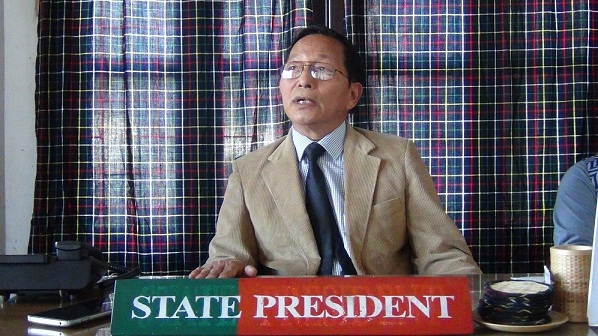 The Mizoram state unit of the Bharatiya Janata Party (BJP) has named 13 candidates for the upcoming Mizoram elections slated for November 28 next.

The state president Prof J V Hluna will be up against the former Home Minister R Lalzirliana at Tawi Assembly constituency who has resigned recently.

Sources from the BJP headquarters in Aizawl said they would pull off surprise winners in at least six to eight constituencies.

Despite ruling in all the other north-eastern states, the BJP is yet to open an account in Mizoram.

Political observers in Mizoram are still pessimistic that saffron party would make an impact in the Christian dominated state of Mizoram.

Prof J V Hluna, who has been holding the fragile state BJP leadership together for the past one year will contest from Tawi constituency.

He will take on the new MNF recruit R Lalzirliana, a four time MLA from the constituency.

The MNF has tipped Lalzirliana, a former head of the northeast Hindustan Petroleum Corporation.

He will face a tough battle with the young candidates of the Congress and the MNF.

The Congress has fielded their NSUI president Lalhmachhuana and the MNF has placed a first timer Lalrinsanga Ralte at Serlui.