The BJP workers were not even sparing women candidates of the Left parties: CPI-M 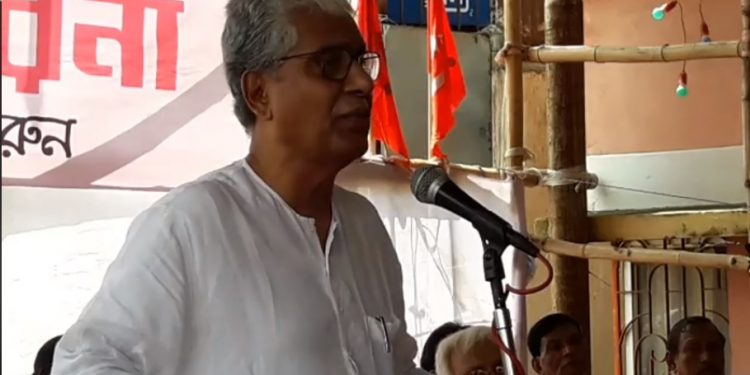 Addressing a protest against the violence in the ongoing panchayat polls, Sarkar said, “By intimidating and attacking opposition candidates and workers, the BJP has already won 85 per cent seats of the three-tier panchayats. Now it’s threatening the few opposition candidates left in the fray for the July 27 polls.”

The BJP workers were not even sparing women candidates of the Left parties, he said adding, the one-sided election was a huge attack on the democratic process.

CPI-M state secretary and central committee member Gautam Das said, chief minister Biplab Kumar Deb had crossed all limits and even refused to meet a delegation of Left leaders on the situation in Tripura.

CPI-M central committee member and Left Front convener Bijan Dhar said the BJP and its hooligans had captured 96 per cent seats in by-elections to panchayats and urban local bodies in September 2018 and early this year.

He said that the polling in the Tripura West parliamentary constituency was rigged by the BJP and its hoodlums and added that an attempt to murder the LF candidate was also made.

“The Election Commission had mentioned rigging in 433 of the 1,679 polling stations, but re-polling was conducted in only 168 booths, even that was a record. It underlines how the BJP was killing democracy in Tripura,” Dhar said.

Congress leaders have also alleged that due to “large-scale intimidation by the BJP, situation is not conducive to hold panchayat polls. The party candidates were prevented from submitting their nominations in several seats, they alleged.