Biplab Deb stresses on women empowerment for a modern Tripura 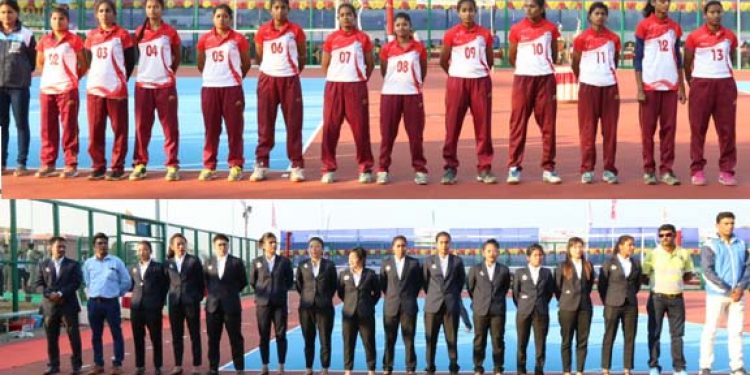 Tripura Chief Minister Biplab Kumar Deb on Tuesday emphasized on women empowerment for making Tripura a model State and assured all help to Tripura University in its stride towards achieving this goal as envisaged by Vice Chancellor of the varsity Dr V L Dharurkar in his speech.

“Even for making the entire North East India a developed region the Prime Minister has not only turned Look East Policy into Act East Policy but has also come up with the ambitious Astha Laxmi concept,” said Chief Minister Deb adding that the Tripura Government was committed to go whole hog in empowering women of the State.

“Without empowering women in its true sense our dream to make Tripura Model State cannot be achieved,” he maintained.

The Chief Minister also expressed optimism that within one year after the opening of the proposed transit routes and waterways via Bangladesh, Tripura would be the hub of all development activities in the entire northeastern region.

Referring to the great women achievers in the field of sports like Deepa Karmakar, Mary Kom, Ngangbam Soniya Chanu, Nistha Chakrabarty et al, the Chief Minister exhorted the women volleyball players who had come here to participate to dream for playing the game at international arena too.

He also reiterated his assurance to the Tripura University to make it one of the top varsities of the country “where like the ancient Nalanda University students from across the globe would come to study”.

Earlier, Tripura University Vice Chancellor Dr VL Dharurkar detailed about his vision to make the varsity a place buzzing with sports talents. He said that the university would now seek to find the sports talents from across the state and help them blossom into national level sports personalities.

Besides, Dr Dharurkar said, the university would also soon start a PG course on Yoga studies.

“To make Tripura a model State and fulfill the dream of the Chief Minister, I feel, the young generation has to play the key role,” said the Vice Chancellor adding that the varsity would also give special thrust on skill development,” said Dr Dharurkar.

He assured the Chief Minister that Tripura University would not only thrive to become one of the top 10 universities in the country but also extend its all help in making the State developed.

Earlier, the Registrar of Tripura University, Sanit Debroy, welcomed that dignitaries and students from various universities of the eastern zone, who have come here to participate in the volleyball tourney.

Among others was also present on the occasion MLA of Suryamaninagar Ram Prasad Paul.

The dignitaries also met the volleyball players from the universities.

Altogether 21 teams are participating in the ‘East Zone Inter University Women Volleyball Tournament’ which would continue up to November 16 next.