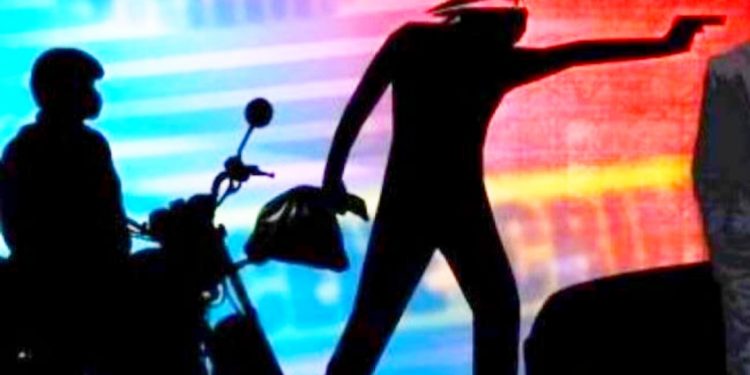 Jorhat police on Thursday arrested a suspected bike lifter here and recovered a pistol from his possession.

“A police team led by officer-in-charge of the Jorhat Police, Ranjit Chetia during an operation  arrested the youth on charges of lifting motorcycles.  Police recovered a pistol from his possession,” said a police official.

He said that one 9 mm pistol along with six rounds of ammunition and two master keys and one sly wrench had been recovered from his possession.

The OC said that the youth, Sanjib Bordoloi, was a resident of Tarajan Kakoty Gaon here.
With Bordoloi’s arrest today Jorhat police have arrested eight youths since Saturday on charges of thefts, snatchings and motorbike liftings that happened in the past fortnight in and around the town.