Out of the three arrested persons, two are from Kailashehar and one is from Bihar 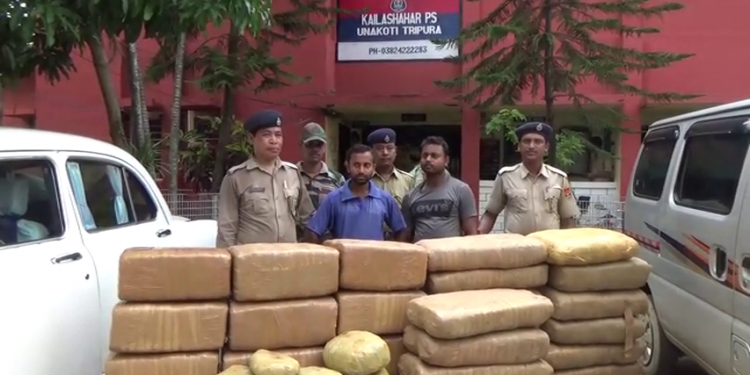 Kailashahar police on Tuesday in Unakoti district in northern Tripura arrested three persons along with a vehicle.

The vehicle was allegedly used by them to transport a huge quantity of ganja, said a senior police official.

The superintendent of police of Unakoti district, Lucky Chauhan said, “Night round officer of Kailashehar police station near Kamrangabari bridge found one vehicle with suspicious movement and so checked it. During thorough checking, they found ganja packets hidden in it. In this connection, three persons have been arrested and around 518 kg of ganja have been seized.”

Out of the three arrested persons, two are from Kailashehar and one is from Bihar.

The seized vehicle is a Maruri EECO car with the registration number TR-02-J-0758.

According to police sources, the market price of the seized ganja would be around Rs 25 lakh.

The consignment of ganja was coming from Sidhai Mohanpur in Tripura West district.

“The consignment was supposed to go to Bihar through Assam,” said police.