Niranjan Deb of Netaji Subhash Vidyaniketan, Agartala tops the merit list with 485 marks out of 500

The Tripura Board of Secondary Education (TBSE) on Tuesday declared the results of Higher Secondary Examination 2019 for Science stream.

This year, 88.95 per cent of the students, who appeared in the Class 12 science examination, have cleared the examination.

The TBSE conducted the HS examination for Science, Arts and Commerce streams from March 1, 2019 to April 3, 2019.

Approximately 27,000 students appeared in all the streams.

TBSE board chairman Dr. Bhavatosh Saha announced the results during a press conference.

Following the announcement of the results, Tripura chief minister Biplab Kumar Deb has expressed warm wishes to all those who have cleared the examination.

“I acknowledge contribution of their teachers & parents who ensured their success.

“Let us work together for making Tripura a model state,” he added. 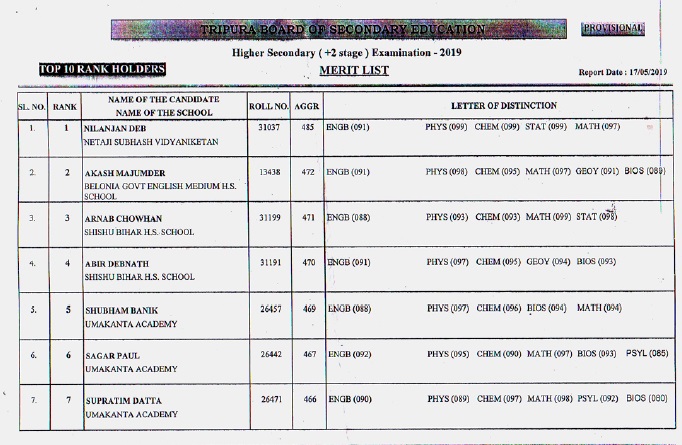 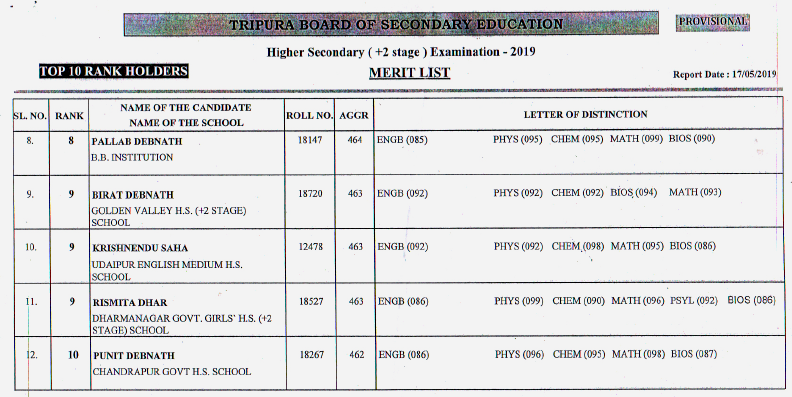 Four students in North Tripura have brought laurels to the district by getting place in the list of Top 10.

Pallab is the son of Bijoy Debnath, a resident of Tilthoi village under Juvarajnagar Assembly.

Pallab, while informing that he had taken help of tutors, said he aspires to become an engineer in the future.

However, Rishmita Dhar is yet to take decision on her future endeavors.