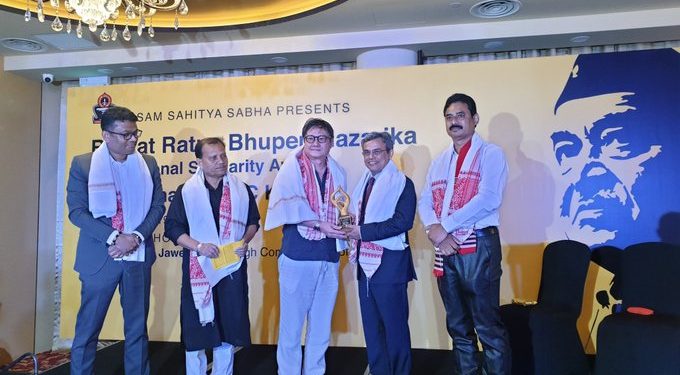 The award consists of a citation, souvenir, ‘seleng chador’, a bundle of books and a cheque of Rs five lakh.

The award, in the name of Assam’s cultural icon Dr Bhupen Hazarika, has been instituted by the Asam Sahitya Sabha and sponsored by the Numaligarh Refinery Limited (NRL).

Khoo is a renowned film director and producer from Singapore and is credited for the revival of the Singapore film industry.

He is the first film director from Singapore selected as a member of the jury at the 70th Cannes Film Festival 2017 for short and student films.

Khoo’s films Mee Pok Man and 12 Storeys have been screened at 60 film festivals, including Ivy League festivals such as Venice, Berlin and Rotterdam.

He has been hugely responsible for the formation of the Singapore Film Commission.

Khoo has been the recipient of awards like National Arts Council Young Artists Award and Singapore Youth Award.

Some of his notable films include Be With Me, 881, My Magic, Tatsumi, 7 Letters, Apprentice.