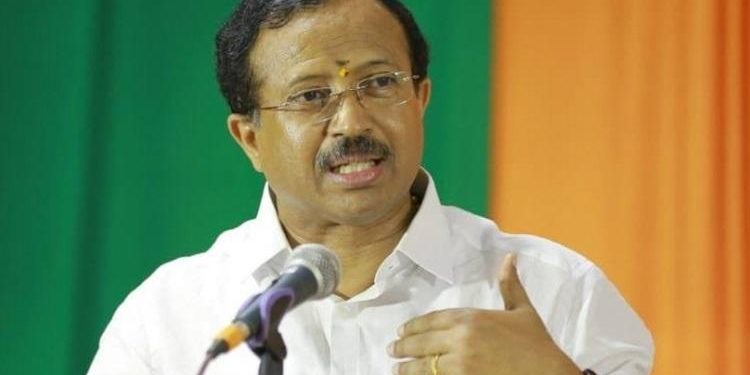 Amid the post-poll violence in West Bengal, the convoy of Union Minister of State for External Affairs V. Muraleedharan was attacked by a group of unidentified miscreants at Panchkhuri area in West Midnapore district on Thursday.

The BJP alleged that the attack was a handiwork of the TMC goons but it was strongly refuted by the TMC leadership alleging that the BJP leadership is provoking people to resort to violence.

The incident took place when Muraleedharan accompanied by BJP state leader Rahul Sinha was going to Ghatal in East Midnapore to meet some of the BJP supporters who were injured in the attack allegedly by the TMC supporters.

When his convoy was at Panchkhuri, suddenly there was brick batting on his vehicle and people came with sticks and other things and stopped his vehicle.

Later speaking to the reporters, the union minister said, “The attack was orchestrated by TMC workers. He said that the incident took place in the presence of police, adding that the Mamata Banerjee government has turned a blind eye. I shall give my report to the central government”.

The Ministry of Home Affairs asked West Bengal Governor Jagdeep Dhankhar to send a report on the law-and-order situation in the state, sources in the government said.