Be careful! Notorious gang of ATM fraudsters on the prowl in Guwahati 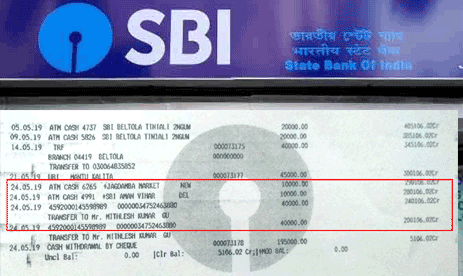 Be careful! A gang of ATM fraudsters, highly skilled in cloning debit cards, have now landed in Guwahati, and are emptying out bank accounts within moments.

The most recent victim of the gang is a 75-year old pensioner, Gajendra Nath Talukdar of Lakhimi Path in Beltola area of Guwahati. He retired as a Joint Comptroller of the Legal Metrology Department, and is a customer of Dispur Branch of the State Bank of India.

On May 24, Talukdar received four SMS messages on his registered mobile number between 11.45 and 11.48 am, and soon realized that a total of Rs one lakh had vanished from his SBI account within the three minutes.

When the pensioner rushed to the bank, and updated his passbook, he realized that Rs 80,000 was transferred from his account to one Mithlesh Kumar. The money was transferred in two transactions of Rs 40,000 each at 11.45 and 11.46 am on May 24.

There were two transactions of ATM cash withdrawals of Rs 10,000 each at 11.46 and 11.48 am from two different ATMs at Jagdamba Market and Aman Vihar in New Delhi.

Talukdar is totally shaken with whatever has happen to his bank account. He is a cardiac patient, and had undergone open-heart surgery a couple of years ago.

“This is shocking. Our money is not safe in our bank accounts anymore,” Gajendra Nath Talukdar told Northeast Now, adding that he has now withdrawn the remaining amount of money from the bank account.

Talukdar registered an FIR with the Hatigaon Police immediately after the incident, and has also registered a formal complaint with the Dispur Branch of State Bank of India. 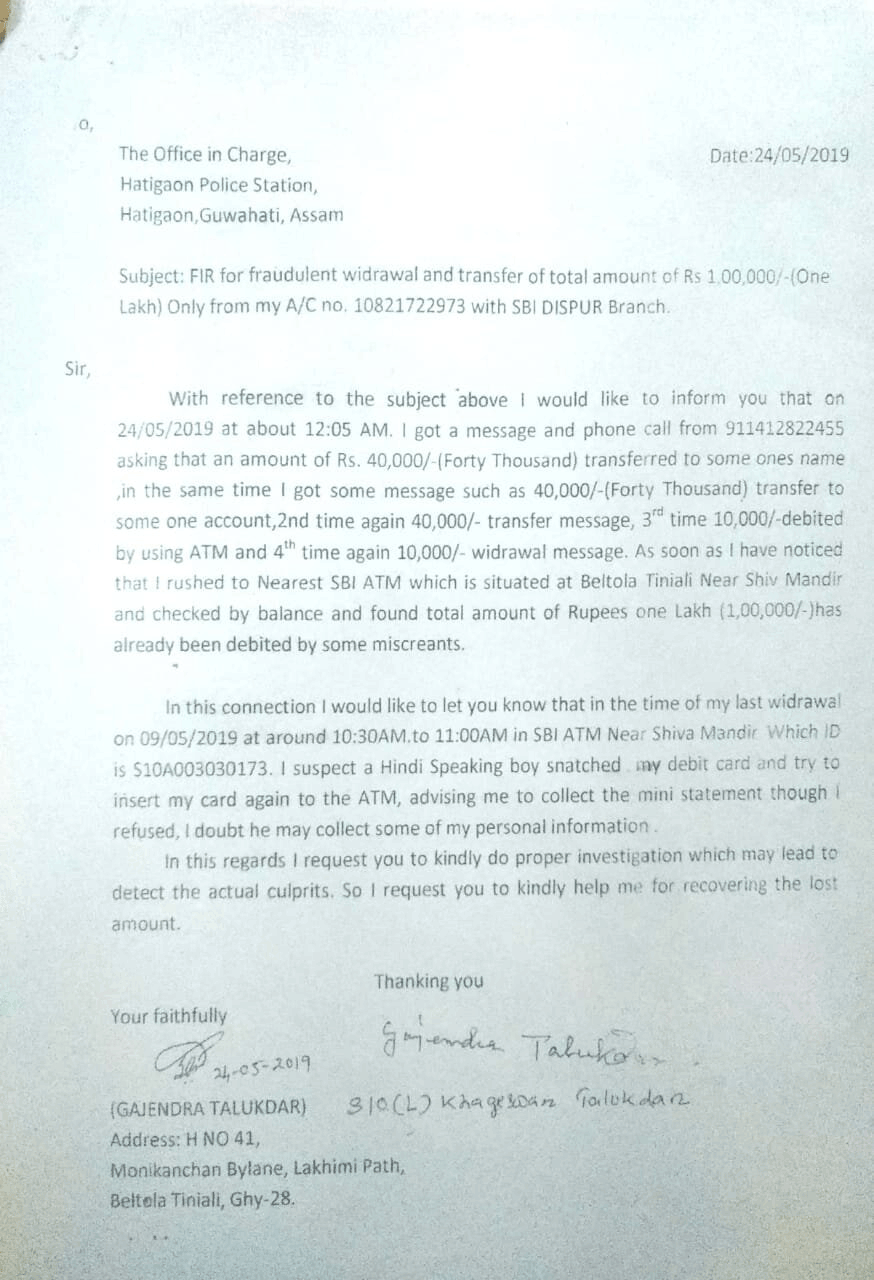 During the last four days, neither the police nor the bank could do anything to help Gajendra Nath Talukdar get back the Rs one lakh, which he lost from his bank account.

Talukdar is still unable to understand as to how the ATM fraudsters could usurp his savings.

The last time when he had been to SBI ATM near the Shiva temple on May 9, a Hindi-speaking smart young boy wanted him to insert the card again in the machine to take a print out of the mini statement. “But, I refused to do it,” he said.

“I don’t know how the gang managed to collect details of my bank account and succeeded in making as four transactions,” Talukdar said.

While bank customers in Assam and other northeastern states do not have the habit of net-banking, the number of ATM cash withdrawals has been on the rise during the last few years.

Taking advantage of the changing trend of rise in ATM usage, the notorious fraudsters have now landed in Guwahati to grab savings of the people.

Apparently, the fraudsters are now capable of making multiple clones of debit cards and empty the accounts within moments. In most cases, four to six transactions are successfully done in two to three minutes.

Multiple cloning helps hackers make several transactions in a very short time. The fraudsters manage to take out huge amounts of cash before the victims understands, and gets the card blocked.