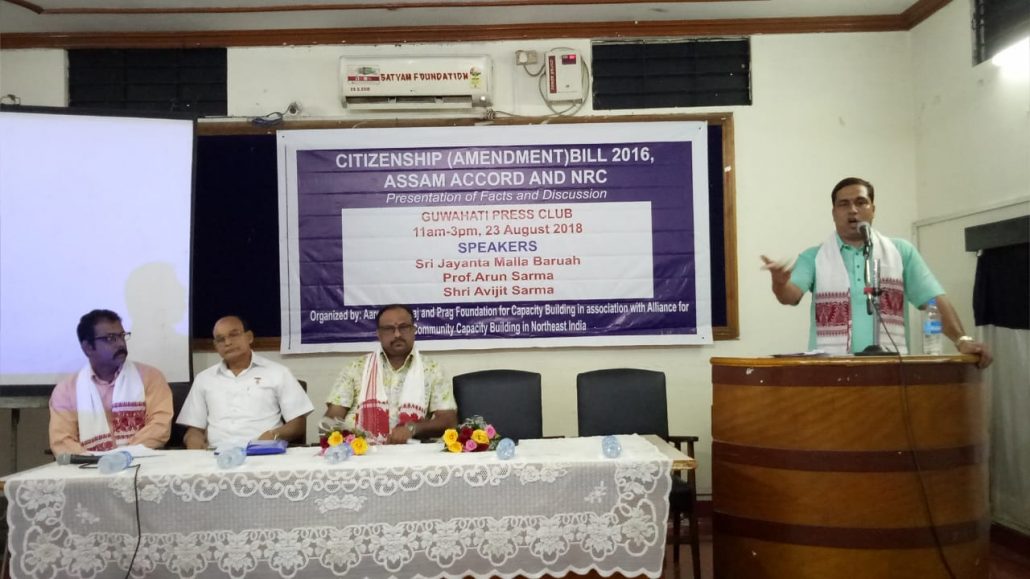 Assam’s BJP leader and Assam Tourism Development Corporation (ATDC) chairman Jayanta Malla Baruah on Thursday said that Hindu Bengalis are not threat to the identity of Assamese community but the Bangladesh origin Muslims are.

Baruah said this while speaking at a presentation on Citizenship (Amendment) Bill, 2016 in a programme in Guwahati.

Baruah, while displaying statistics on demography change on the basis of religion over few decades, said, “Barpeta, Nagaon, Morigaon, Bongaigaon and Darrang districts have witnessed major demographic change from 1991 to 2011. According to 2011 census report, a total of 29.10 per cent were Hindu people while 70.74 per cent were Muslim population in Barpeta district. This is a sign of threat to the identity of the Assamese community, its languages and culture.”

Talking on the Citizenship (Amendment) Bill, 2016, Baruah said, “It is not the State Government but the Central Government to decide whom to be given Indian citizenship.”

“Around 90 per cent people in Assam haven’t studied or tried to understand the facts and the Bill. People have been protesting against the Bill without any cognizance. A section of people have been misleading the people of the State by making mischievous statements on the Bill. Agitations have hampered the economic growth of the State,” Baruah said.

“We haven’t achieved anything from the Assam agitation. One, who understands the Bill, probably wouldn’t oppose it. The Bill would not hamper the demography of the State as spread by a section of people,” said Baruah.

It may be mentioned that most of the political parties and organisations representing various ethnic groups have raised voice against the Central Government’s move to grant Indian citizenship by implementing the Citizenship (Amendment) Bill, 2016.