International Tiger Day is celebrated on July 29 every year 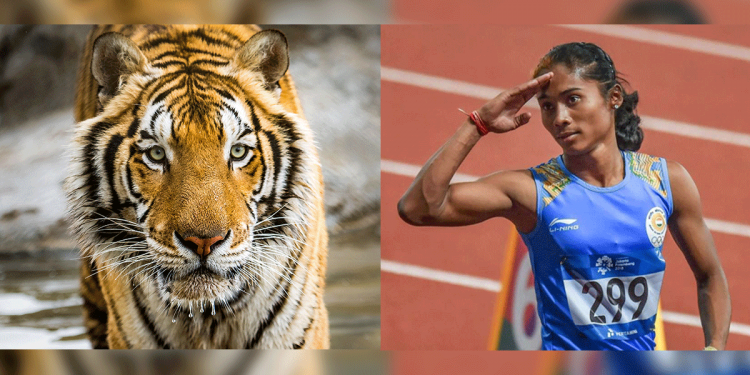 The Bangalore based wildlife hub decided to name the tiger as Hima on International Tiger Day which is celebrated on July 29 every year.

The authorities of the park hoped that by naming the tiger cub after the star athlete will not only attract more tourists to the park but will also raise awareness among the masses about the importance of tiger conservation.

The park authorities have also decided to host a number of interesting events for the visitors to the park on International Tiger Day. Eight tigers were also released into the safari enclosure for public viewing on Monday.

Hima Das is currently basking in gold glory after she won five gold medals at different athletics competitions within a short period of time.

Hima Das won her second gold on July 7 at the Kutno Athletics Meet, also in Poland, by clocking 23.43 seconds.

After that, her fourth gold came in 15 days when she won 200 m race by clocking 23.25 seconds at Tabor Athletics Meet in Czech Republic.

Hima won her fifth gold in the month after finishing 400 m on the top at Prague in Czech Republic on July 20.