'ULFA is not an anti-Bengali outfit, and that the government is maintaining its "divide and rule" policy' 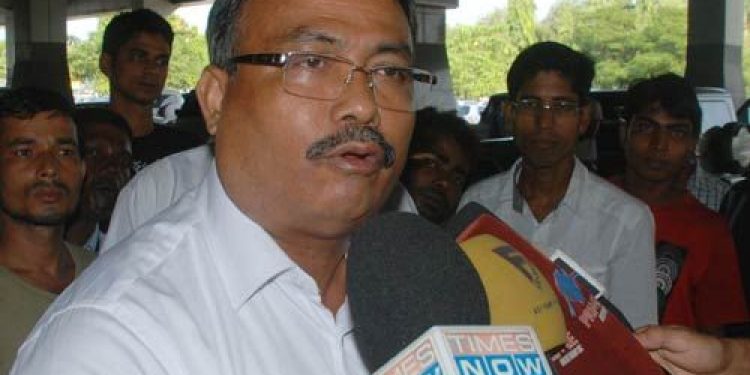 ULFA chairman Arabinda Rajkhowa said on Saturday that the Central government was “dilly-dallying” on peace talks with the United Liberataion Front of Asom.

“The (Central) government’s dilly-dallying approach is forcing us to revive our negative mindset,” Rajkhowa told media.

He said the ULFA is not an anti-Bengali outfit, and that the government is maintaining its “divide and rule” policy.

Rajkhowa along with another ULFA leader Fanindra Medhi were in Tripura capital on Friday to attend the tribals’ ‘Tring’ festival. They also held meetings with the surrendered Tripura militants.

‘Tring’ is a New Year celebration of the tribals celebrated on December 22 every year across the state.

Rajkhowa said if the government does not implement the surrender package for the former terrorists, they would “go back to the jungle again” (to join militancy).

The ULFA was divided into two factions after some leaders of the outfit, including Rajkhowa, were arrested in Bangladesh in 2009 and were handed over to the Indian authorities.

Rajkhowa was lodged in the Guwahati Central Jail and was released on bail in December 2010. He had gone underground after ULFA was formed on April 7, 1979.

“We had appealed to Prime Minister Narendra Modi to take forward the talks process between the Centre and the insurgent outfit,” said Rajkhowa, who joined the peace process in 2011.

Meanwhile, Tripura police have no information about the visit of ULFA chairman Arabinda Rajkhowa.

“We have no details about Rajkhowa’s visit in Tripura. We will get it confirmed from appropriate sources,” said acting Tripura DGP Rajiv Singh.