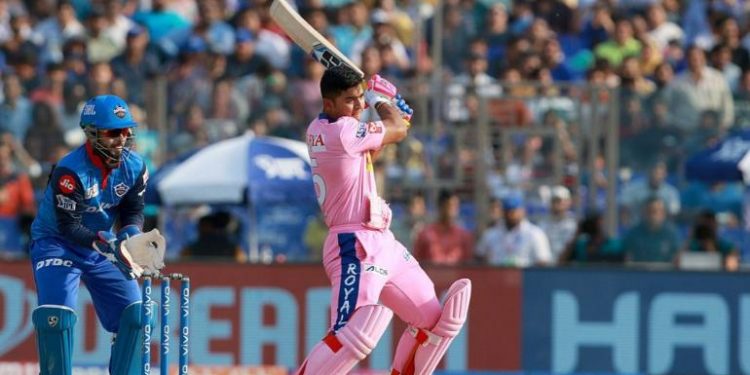 It’s a great day in the cricketing history of Assam – at the tender age of 17 years and 175 days, Guwahati boy Riyan Parag became the youngest player to score a half-century in the Indian Premier League.

Playing against the Delhi Capitals, Rajasthan Royals made only 119/9 in their last league match on Saturday, but the young and talented batsman from Assam was the star attraction of the innings as he made 50 runs in 49 balls.

Riyan Parag, son of former Assam Ranji Trophy player, hit four boundaries and two sixes to find a place in the history of T20 IPL. He broke the record of Sanju Samson, who had hit a maiden 50 at the age of 18 years 169 days in 2013.

The young Assam all-rounder was part of the champion team of the U-19 ICC World Cup 2018.  He is the second player from Assam (after Abu Nechim) to play the IPL.

In 2018-19, Riyan was the top scorer from Assam in Vijay Hazare tournament, and scored 248 from seven matches.