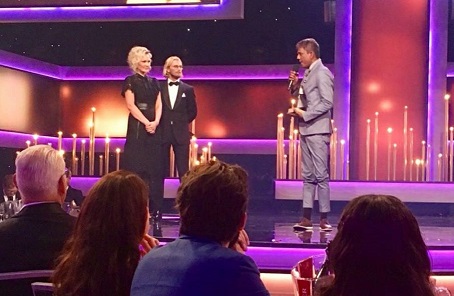 Assam’s son of the soil, Adil Hussain has made it once again.

Adil bagged the best actor award at Norway’s top national movie award Amanda for his role in Iram Haq’s critically-acclaimed film ‘What Will People Say’ on Saturday night in Haugesund.

The movie ‘What Will People Say’ also took away three other major awards at the 46th Norwegian Film Festival in Haugesund on Saturday.

They are Best Film, Best Director and Best Screenplay.

The movie explores the clash of cultures through the story of a teenage Pakistani-Norwegian girl, whose immigrant parents are horrified with her affair with a local boy.

Adil, who played the role of a doting yet controlling father in the film, has already won the Kanon Award at Kosmorama film festival, which is Norway’s equivalent of the Academy Awards.

The movie opened in Toronto International Film Festival and has travelled to many others. The movie was very successful in Norway where it ran for six months.