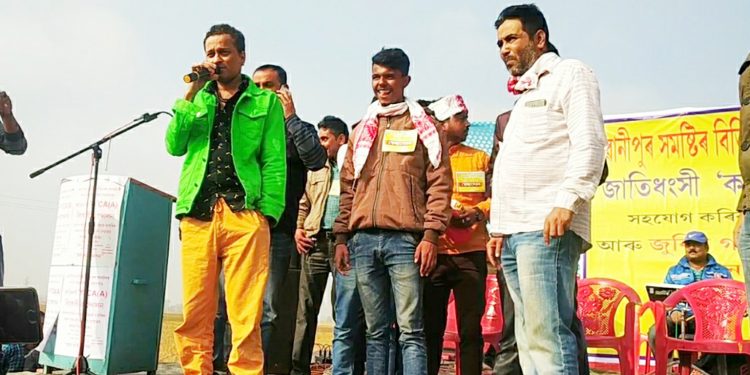 Singer-actor Zubeen Garg has been lambasted by the Kalita community after he said the communities, instead of having individual identities, must just focus on being Axomia or ‘Assamese’.

The All Assam Kalita Janagosthi Student’s Union (AAKJSU) condemning Garg said he has made derogatory remarks against the community.

“Zubeen Garg’s recent comments have hurt our sentiments and he has abused the entire community publicly,” stated an AAKJSU statement.

“The Kalita community is the backbone of Assamese and the Assamese society can never stand leaving aside the Kalitas,” the statement added.

They also appealed Garg to refrain from making such statements against any community in future.

Zubeen Garg while taking part in an anti-CAA rally recently, said, “There is no race or community, We are all Assamese.”

Speaking to the media on Wednesday Zubeen Garg said, “At times my words are misinterpreted.”

“People should understand me and my service. I have been in the music industry for the last 25 years,” he added.

“I have been working in every possible way to serve the Assamese people and I vow to continue to serve till I am here,” he further said.

“AAKJSU should not get my words wrong. I have deep respect and love for the community,” he said.

“I, myself, is a part and parcel of the community. The community is a part of the greater Assamese society. The need of the hour is to stand united in the fight against the Citizenship (Amendment ) Act,” Garg reiterated.