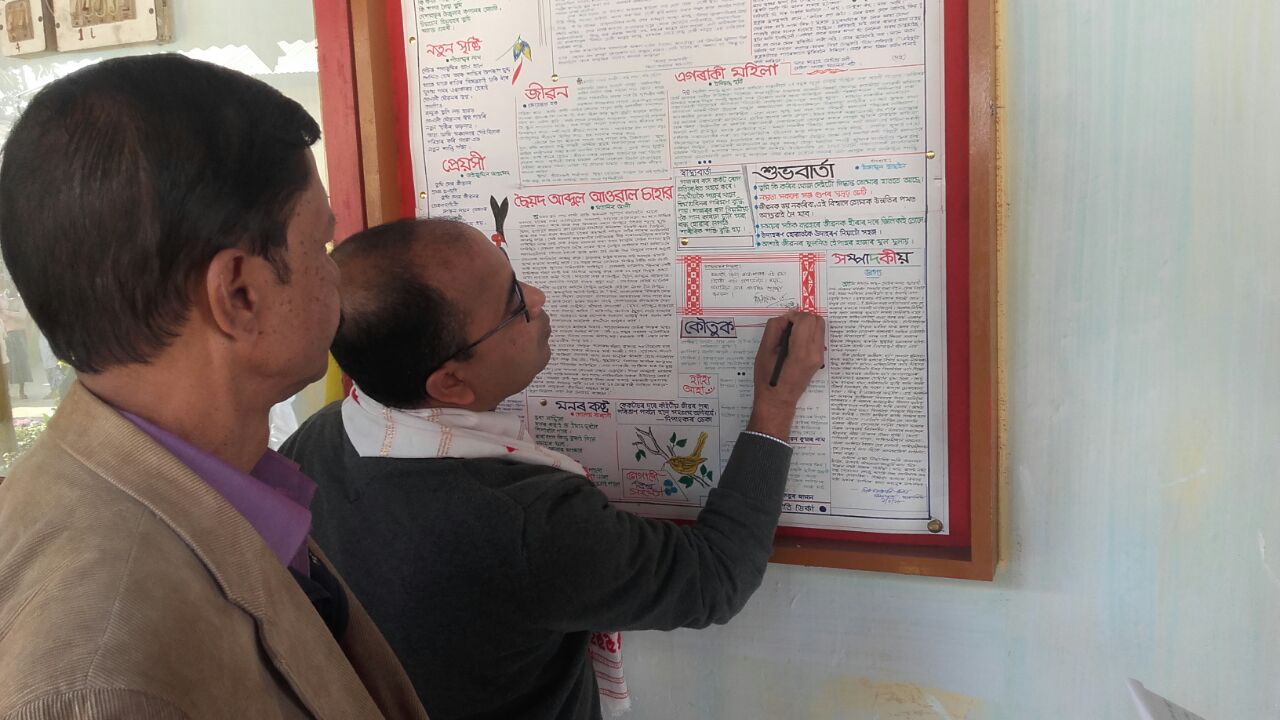 Dr Hiranya Kr Nath, Professor of Economics at Sam Houston State University in the US has stressed the need of setting up educational institutions in India particularly in Assam to make a detailed study and research on the psychology of the jail inmates to groom and guide them for leading a responsible life outside the bars.

He was referring to the study and research exercises carried out in the ‘College of Criminal Justice’ founded under the Sam Houston State University in 1960. He was interacting with the inmates of Mangaldai district jail on Tuesday.

Highly appreciating the series of positive cultures being developed among the jail inmates including the publication of the monthly editions of wall magazine ‘Karalipi’ with the active participation of the inmates facing life imprisonment, Dr Nath said, “Though I never had the opportunity to visit any jail, yet I never heard about any handwritten wall magazine regularly published with the literary contribution of the inmates of the jail that too edited and written by the convicts. As I belong to Mangaldai, I feel immense pleasure to say that Mangaldai district jail perhaps is the only jail in the State to make such a ‘unique and praiseworthy initiative to develop the hidden literary talents of the inmates of the jail’.

Urging the inmates to continue their creative culture and never underestimate themselves, Professor Nath further said, “We cannot predict our destiny. I never thought that I will be teaching in the US. But we must try to learn whatever we had come across from the past and utilize it for our better future. You should consider your days in the jail as your opportunity for self-rectification and strong base to lead a life like a responsible citizen in the society following the completion of your legal procedure.”

Dr Nath also expressed his strong desire to attend the classes of the Study Centre under Krishna Kanta Handique State Open University (KKHSOU) set up in the jail on June 12 of 2018 as a resource person during his next visit to his home town here in Mangaldai.

Prior to the function child artiste Anwesha Goswami with her melodious voice enthralled the audience by performing a popular song of Dr Bhupen Hazarika.

The concept of the wall magazine saw the light of the day with the initiative of the then superintendent of the jail, Jondev Choudhury on August 15 of 2015 with a view to offer the inmates of the jail to expose the hidden literary talents.

Edited by the then convict Sat Ram Nath – a former general secretary of Mangaldai College Students Union as the president and another educated young convict Arup Jyoti Deka, the ‘Karalipi’ has been published regularly with literary contribution from the inmates of the jail besides the staff and other well-wishers.