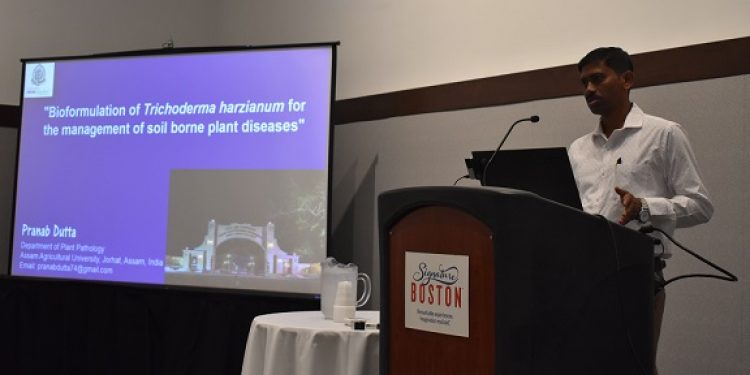 The Congress is held at an interval of five years.

Dutta, who is a scientist and lab in-charge in the department of Plant Pathology of the University, said that he had also been invited for a talk on Trichoderma for plant diseases management at the International Congress in Plant Pathology in which 2,400 scientists had represented 84 countries.

Dutta said that Trichoderma was a beneficial fungus used for the management of harmful organisms in plants.

Dutta, who has  produced several bioformulations which deal with a number of diseases in tea and other plants,  has recently also signed an MoU with Green Biotech Eco Solutions Private Limited, Manipur for production of four such bioformulations and the company has already opened  22 outlets in Manipur to sell these products.

The four bioformulations are Org-Trichojal which controls fungal diseases and is a plant growth promoter, Org-Beaurevijal to control a tea mosquito, Org-Vertijal to get rid of red spider mite and scale insects in tea and Org-Metajal for termites and aphids.

Pranab Dutta said that he and his team here had produced seven liquid bio-formulations which had found favour during trials in different tea gardens in the state.

Management of a few tea garden found that these bioformulations had proved to be more effective in controlling pests and pathogens than the chemical ones.