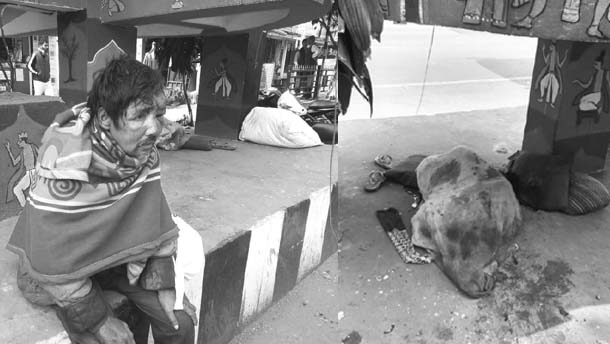 How safe is Guwahati?

This question has been raised by denizens of the gateway to the Northeast on several occasions.

In another incident enough to put humanity to shame, some unidentified miscreants brutally beat up two homeless persons near the temple of Lord Hanuman in Guwahati’s Lachit Nagar area in the wee hours of Friday.

“Some miscreants who were in a heavily drunken state attacked us at around 1:30 am,” one of the injured victims Rajen Deka told Northeast Now on Friday.

The 55-year-old man still bore marks of the grievous injuries following the attack by the miscreants.

“The goons got a chance to beat us mercilessly as the streets were dark at that time,” Deka added.

However, another person who was also beaten up had been lying in a pool of blood in the street for a long time.

The identity of the second person has not yet been known till now.

On witnessing the conditions of the two injured victims, some persons informed the police.

However, the police were late to arrive at the scene.

Later, the two injured victims were rushed to Gauhati Medical College and Hospital (GMCH) for treatment.

This incident of beating up two homeless persons in the middle of the night only shows how humanity has gone down in the modern times.