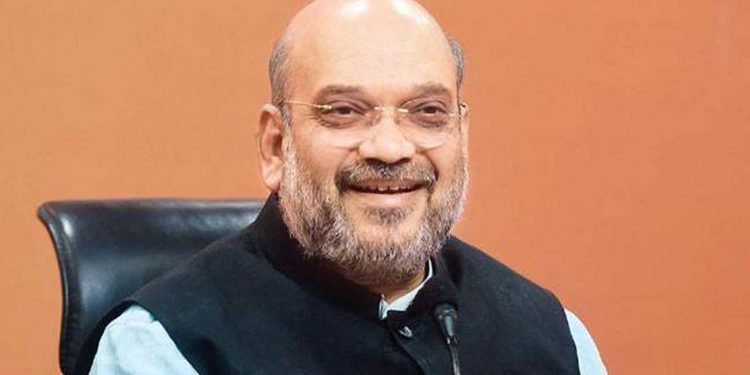 Union Home Minister Amit Shah on Sunday talked to Assam chief minister Sarbananda Sonowal over the phone and took stock of the flood situation in the state.

Shah assured of extending all kind of possible help in tackling the flood situation in Assam.

He enquired about the incidents of landslide in Guwahati and other places of the state.

Floods in Assam worsened on Sunday, affecting more than 9.26 lakh people across 23 districts.

One person drowned in floodwater at Jonai in Dhemaji and another in Udalguri on Sunday, taking the death toll to 20.

The Union Home Minister took stock of the rising water level of various rivers in Assam, and the floods and landslides taking place due to incessant rains and the measures taken for relief and rehabilitation of the affected people among others.

The chief minister informed the Union Home Minister that the state government had taken all measures to manage the flood situation.

He said the deputy commissioners and superintendents of police of all districts have been directed through a video conference to speed up all relief operations apart from instructing them to keep adequate stock of food and maintain food quality.

They have also been asked to observe that COVID19 protocols are properly maintained in the relief camps and the medical facilities are provided.

The chief minister also informed that adequate strength of NDRF and SDRF has been kept ready in all districts so that they can be called into action during emergency situations.

He also apprised the Union Home Minister that the power department had been directed to take all precautionary measures to avoid untoward incidents like electrocution.

The CM also said the food and civil supplies department has been instructed to prevent price rise and artificial scarcity of essential commodities during these times.

The Union Home Minister Amit Shah assured of extending all kinds of help and cooperation from the central government to tackle the problems of flood and erosion while asserting that the Centre stands together with the state government in these difficult times.

The Union Home Minister also offered his deepest condolences to the families of those who lost their lives in flood and landslide incidents.