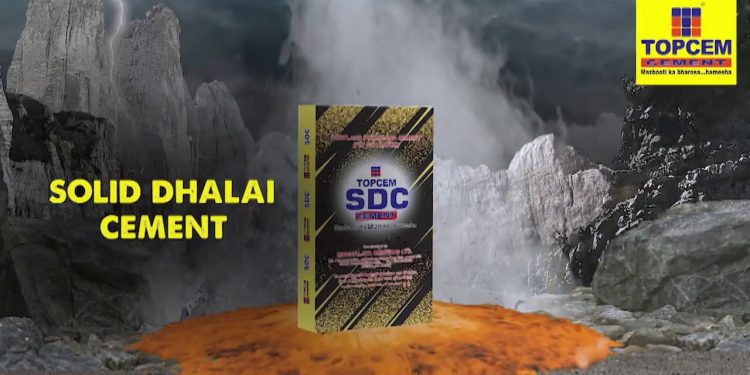 Topcem Cement, which earned the dubious distinction of ‘looting’ indigenous tribal population of Meghalaya, has now been found violating Clause 3 of the Cement (Quality Control) Order, 2003.

Kailash Chandra Lohia, chairman of Topcem Cement, on August 20, 2020 had launched the Solid Dhalai Cement (SDC) in Guwahati, and had expressed his confidence about the product and its attributes.

Lohia, who is a leading capitalist of Assam, had described SDC as a premium product with higher strength, more coverage, faster setting along with anti-rust properties.

But, it has come to the notice of consumers that the license number and the BIS Standard Mark on Topcem Cement’s SDC bags are that of the Portland Pozzolana Cement (PPC).

When contacted, R.K. Pareek, president (Production) of Topcem Cement told Northeast Now that they are using the BIS Mark (IS-1489-1) and did not feel it necessary to get a separate BIS Mark as Solid Dhalai Cement (SDC) is a modified version of Portland Pozzolana Cement (PPC).

As per norms, cement manufacturers need to apply for specific BIS Marks if they introduce new products in the market.

Moreover, license number is also required to be indicated suitably on the product along with the BIS Standard Mark preferably below the Standard Mark as ‘CM/L-XXXXXXXXXX’.

A press statement issued by Topcem Cement after the launch of Solid Dhalai Cement (SDC) on August 20, had said that the product was the result of over one year of R & D on cement quality.

“The revolutionary product with Mono-molecular Layer Technology has multiple benefits of superior strength with higher durability; better workability with increase cohesiveness, which prevents bleeding in concrete and thus achieving better finishing of concrete,” the press release issued by Topcem Cement had said.

Topcem Cement had claimed that SDC is made from high-quality clinker along with special additives which make the concrete highly strong and durable.

Topcem Cement’s anti-corrosive property is another special feature against rusting of steel surface in concrete, the company had claimed.

If Topcem Cement’s claims on the Solid Dhalai Cement (SDC) are true, it is definitely not a Portland Pozzolana Cement (PPC).

And if Topcem Cement’s Solid Dhalai Cement (SDC) is a Hydraulic Cement, it should carry a separate BIS Mark and not the mark and license number of its Portland Pozzolana Cement (PPC).