Organised by Directorate of Museums, Assam along with Indian Guitar Federation (IGF) and Camoes (Portuguese Cultural Centre) the 3rd GIGF promises to be bigger than its predecessors.

A number of renowned and internationally acclaimed guitarists and musicians will be a part of the third GIGF and enthral the audience.

Most of the musicians the GIGF will stage are respected teachers and pedagogues in conservatories and students of Guwahati would get the opportunity to work alongside these musicians and develop their guitar skills.

Over the years they have worked in different groups experimenting\ and learning from different styles – pop, rock, hard rock, heavy, soul, flamenco, jazz.

Currently, Vi Blau consists of 4 musicians: Paula Cánovas, Helena Feenstra, Marta Margaix and Pau Martí, each of whom contributes their personal expression into the music. They are occasionally joined by the flamenco dancer Yessica Sanchez.

Hugo Gamboias is inspired by the music of Carlos Paredes, the greatest exponent of the Portuguese guitar.

In 2012, he started his collaboration with the cultural association Fado ao Centro, where he is currently one of the resident musicians.

Throughout his musical career, he has taken Coimbra’s fado and its music to the biggest concert halls in Portugal and around the world with performances Spain, French, Belgium, Netherlands, Germany, Denmark, Sweden, Switzerland and Brazil.

Diogo began his music education at the age of 9, initially learning the piano, but soon moved over to the classical guitar under the guidance of Professor Oscar Flecha at the Centro Cultural Musical in Santo Tirso.

Pandit Ranajit Sengupta is one of the youngest top-grade sarode performers and music composers of India.

An All India Radio artist, he has performed in major music festivals & concerts in more than 40 countries.

He has also worked as a guest lecturer in different Universities across America, Canada, England, Germany & Switzerland.

He is the guru and principal composer of the National Youth Orchestra for Indian Music in England since 2010 and is also involved in six world-fusion music projects in different countries around the world.

Andre Krengel is a versatile and virtuosic guitar player who is mainly self-taught, with his own unique style of playing, and is one of the foremost, leading and prominent players in Germany.

His first solo album Head, Heart & Hands was highly praised and went to become Album of the Week at the NDR-Rundfunk.

He has performed gigs & concerts across the world: Europe USA, Canada, India.

On the train, Andre & Ranajit exchanged CDs and shortly after, Pandit Ranajit Sengupta invited Andre to Kolkata to begin a new music project together with Kousik Banerjee.

Since then, they have recorded a CD together, played several concerts together including at the Rabindra Sarobar in Kolkata, at the Embassy of India in Berlin, Fete de la Musique among others. 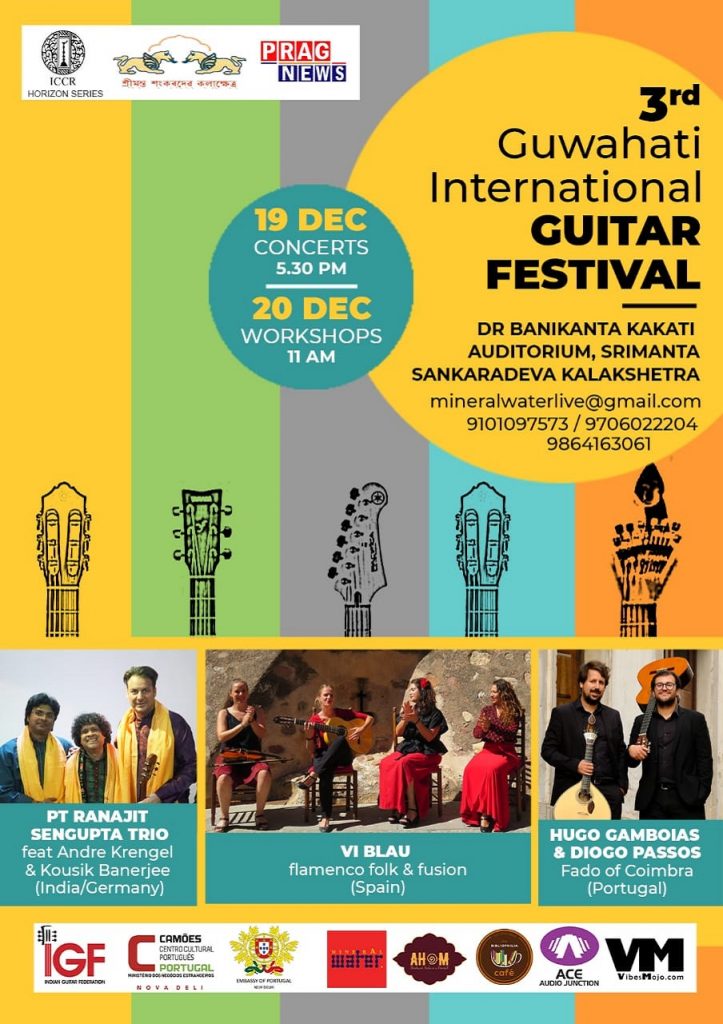