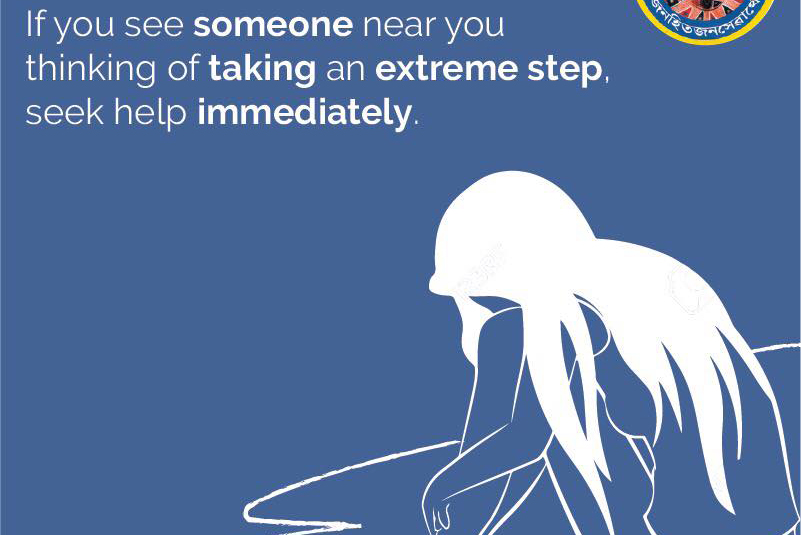 Assam Police’s SMART Social Media Centre became the savior of a little girl when she expressed on Facebook the intention to kill herself.

Police officials said on the evening of July 23, Assam Police received information from Facebook headquarters, that a minor girl was contemplating suicide in a short time.

“After receiving the information, the social media wing and concerned local authorities were able to locate the little girl within 30 minutes and make sure that she was safe,” said an official.

Earlier she had updated her Facebook status saying – “I am gonna to commit suicide today.”

According to the police, after the incident, the little girl and her family were counseled. “She was also advised to remove the social media post, which she did. Now she is safe and is in her family’s care,” the official added.

Assam Police‘s social media wing which has been pretty active recently has already started to make a difference. Not only is the SMART Social Media Centre helping people fight fake news but is also saving lives.

Assam Police have also recently launched #Thethinkcampaign on social media to connect better with youths. The campaign aims to combat issues like child safety, women safety, drug abuse, social evils and social media ethics to name a few. They want to create awareness about these issues by using creative visuals.

Post the barbaric mob lynching incident in Karbi Anglong, the state maximized the use of social media to create awareness. The catchy and sarcastic tweets have garnered good response from the citizens.