Why is Tata Global Beverages Ltd desperate to give up tea plantations in Assam? 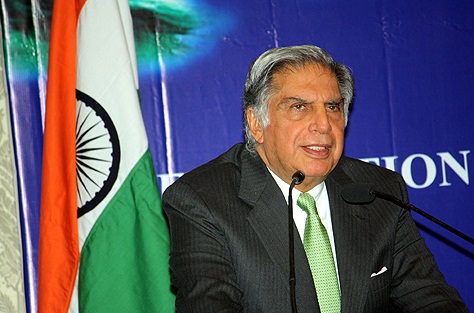 Several top industry captains, including Mukesh Ambani, Dilip Sanghvi, Anand Burman, Subhash Chandra and Acharya Balakrishna attended the Global Investment Summit held on February 3 and 4 in Guwahati. But, Ratan Tata did not turn up for the inaugural programme.

Is Ratan Tata’s absence at Advantage Assam premeditated to avoid the most obvious and uncomfortable question – is Tata Global Beverages Ltd (TGBL) planning to shrink its presence in Assam’s tea industry?

According to reports, TGBL is planning to divest about 41 percent of its stake in one of its subsidiaries, the Amalgamated Plantations Private Ltd (APPL). The TGBL owns Tetley, the second largest tea brad in the world.

The APPL is the second largest tea producer in India, and has huge operations in Assam with 21 tea gardens. It produces around 43 million kg of tea a year, of which 26 million kg is made from its own tea crop.

APPL’s tea range includes CTC, orthodox, green and organic varieties. The company also has four gardens in Dooars in West Bengal, and has about 31,000 employees. Its activities also include pisciculture, floriculture, fruits, vegetables, and medicinal/aromatic plants.

The Tata Group has been engaged in tea plantations in Assam for the last 42 years. In 1976, Tata and Finlay had joined hands to form the Tata Finlay. After Finlays divested their share to the Tata Group, the Tata Tea was born in 1983, and emerged as a major player in the tea industry in India.

In 2007, Tata Tea divested its plantation business and gave birth to a new company — the APPL, with IFC, a member of the World Bank Group with 19.9 percent stake. It was the first step taken by the Tata Group to withdraw from labour-intensive tea plantations.

In addition to IFC, the other multiple stakeholders in APPL include the Tata Group, partner investors and employees including estate workers. Along with associated firms, Tata Group owns around 65 percent in APPL.

According to sources, Dhunseri Tea & Industries Ltd (DTIL) has shown “keen interest” to take over 41 percent stakes in APPL. The DTIL has 10 tea estates in Assam, and is one of the top 10 tea producing companies in India.  It has also acquired two tea estates in Malawi in South Eastern Africa.

The TGBL has reportedly floated the price of Rs 1,300 crore for APPL. The rate for plantations in Assam is around Rs 500 per kg of annual production, the sources said.

Despite being the world’s second largest tea selling company, the TGBL on a divesting spree. In December 2017, the company sold its 31.85 percent stake in the Watawala Plantations in Sri Lanka for Rs 120 crore.

Similarly, in August 2017, the TGBL sold its tea and coffee businesses in Russia and China. Its Russian tea and coffee operations were sold to Skodnya Grand for an undisclosed amount and sold off its Zhejiang Tata Tea Extraction Company in China for about Rs 17.5 crore to its minority joint venture partner Zhejiang Tea Group.

The news of TGBL planning to divest 41 percent stake in APPL has started to spread like a wild fire in the tea industry in Assam. Employees of the company are apparently caught in a state of total confusion and uncertainty.

But, why is the TGBL so desperate to give up tea plantations in Assam?