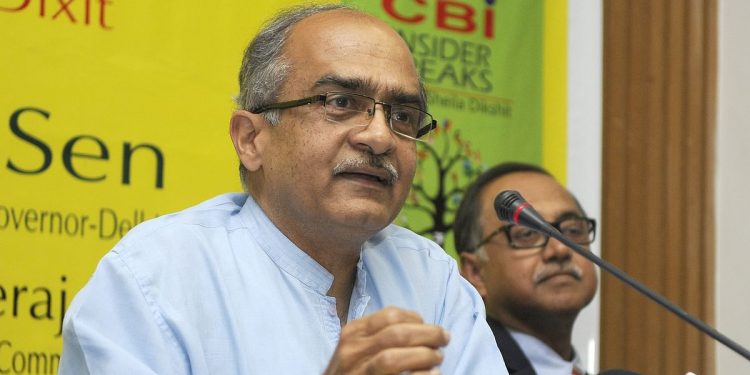 The Supreme Court on Wednesday issued notice to senior advocate Prashant Bhushan on his alleged contemptuous remarks against the top court on Twitter. The top court also asked the Attorney General to assist it on the matter.

Senior advocate Sajan Poovayya, representing Twitter Inc, California, the US, contended before the top court that he will advise his client to delete the offensive tweets.

The apex court has initiated suo motu contempt proceedings against Bhushan for allegedly making derogatory comments against the top court on Twitter.

The suo motu contempt proceedings have been initiated against Bhushan for publishing two tweets, the first tweet, which was posted on June 27 alleged that the last four Chief Justices had played a role in the “destruction of democracy” during undeclared “emergency” for last six years.

“When historians in future look back at the last 6 years to see how democracy has been destroyed in India even without a formal Emergency, they will particularly mark the role of the Supreme Court in this destruction, & more particularly the role of the last 4 CJIs”, said the tweet by Bhushan.

And the second tweet on June 29 allegedly said the present Chief Justice rode a stationary bike at Nagpur while keeping the apex court in lockdown and denying citizens their right to access to justice.