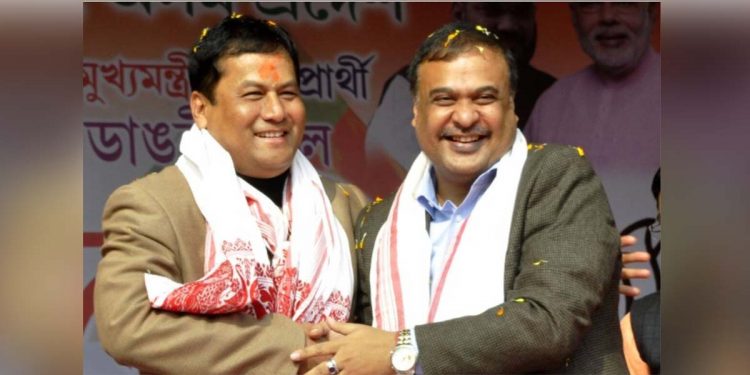 At a time when the BJP has failed to announce the name of Assam’s next chief minister, during a post-poll survey, incumbent CM Sarbananda Sonowal scored more than finance minister Himanta Biswa Sarma.

The results of the Assam Assembly election 2021 were announced on May 2 where the BJP-led alliance got 75 seats and came to power, but the new CM and his government is yet to take charge.

On Saturday, both Sonowal and Sarma were summoned by the party top brass to Delhi to discuss over the issue of Assam’s next chief minister.

Both Sonowal and Sarma, who are in the race of the state’s next CM, reached Delhi in a chartered flight and had discussions with BJP president JP Nadda, Union home minister Amit Shah and general secretary BL Santhosh.

After the meetings, minister Sarma announced that everything would be clear during the BJP’s State Legislature Party meeting to be held in Guwahati on Sunday.

But the question “Who will become the next chief minister of Assam” remained unanswered.

In such a situation, a post-poll survey has come up with figures of popularity of Sonowal and Sarma.

According to a Lokniti-CSDS’ post-poll survey data, as far as the chief ministerial preference is concerned, Sarbananda Sonowal continued to be ahead of Himanta Biswa Sarma in popularity.

However, the gap of popularity percentage between the two BJP leaders narrowed down compared to five years ago.

As per the survey, on being asked an open-ended question about who they would like to see as the next CM, about one in four (23%) respondents named Sonowal as their top choice.

Congress leader and Koliabor MP Gaurav Gogoi was the second-most preferred leader at 12% and Sarma was close behind as the third choice at 11%.

While comparing the current figures with those received during the 2016 election survey by Lokniti-CSDS’, it is Sarma whose situation appears better than that of Sonowal.

The gap between the two leaders has lowered down from 26 percentage points to 12 points this time, said a report.

Sarma’s popularity was restricted to Lower Assam as 16% of the region sought to see him as CM while 19% sought Sonowal as the CM, according to the survey.

In Upper Assam, 28% sought to see Sonowal as CM for the second time while only 6% opted for Sarma.

In the Barak Valley, 22% sought to see Sonowal as CM while 9% opted for Sarma.