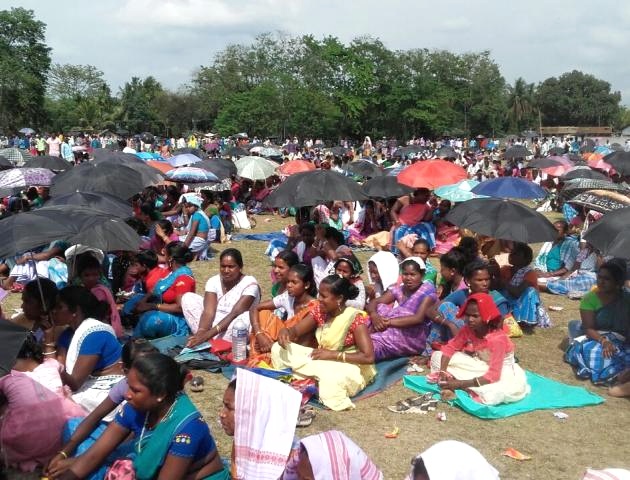 The Udalguri, Sonitpur and Baksa district committees of All Santal Students’ Union (ASSU) on Saturday organized a mass gathering programme at Manpur in Udalguri lambasting both the Central and the State Governments for their lackadaisical attitude towards the community in Assam.

The student leaders alleging that Santals were the most backward community in the State, lagging behind in all development parameters stated that the community had been denied their rights and the government had not taken initiative to bring them into the larger framework of development.

The student leaders demanded inclusion of Santals in ST list, creating post for Santali teachers from primary to university level and providing land patta to them under the Traditional Forest Dwellers Act, 2005.

Hundreds of activists and supporters of the Sonitpur, Baksa and Udalguri district committees took part in the programme which was led by ASSU general secretary, Mintu Hembrom.

He reiterated that the Santals were not getting their ST status due to apathetic attitude of the government.

Hembrom also spoke on the citizenship issue to Hindu Bangladeshis and urged the government not to adopt such decisions detrimental to the cause of indigenous communities of Assam.