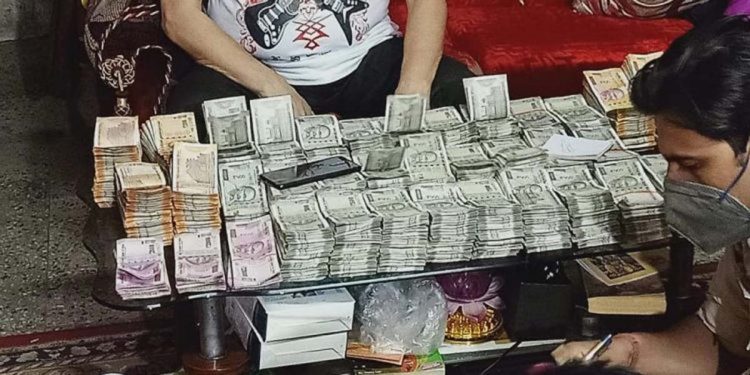 In an operation carried out by the Crime Branch and city police at Solapara in Guwahati, cash amount of more than Rs 74.5 lakh was recovered from a house on Tuesday.

According to police, the operation was carried out based on input from a source about presence of narcotropic substance in the 4th floor of Kalachini apartment at Solapara.

The apartment of one Sangita Laishangbam, wife of Paunam Shyam Singh from Imphal West, was searched.

“During the search, unaccounted cash amounting to Rs 74,05,600, suspected to be utilized in financing illicit traffic of narcotropic substance, was recovered and duly seized,” police said.

Police said accused Sangita Laishanbam was earlier arrested in a Basistha PS case (no 449/19) under section 22 of NDPS Act where she was found in possession of narcotropic substance.

“Further, she was constantly in touch with known drug peddlers, and was suspected to be involved in supplying drugs to one Tashur Ali, who was arrested in a Bharalumukh PS case no 315/2020 under section 22 (B) of NDPS  Act,” police added.

The operation was carried out from 5 pm to 10 pm on Tuesday.