Ripun Bora has resigned as the president of Assam Congress.

Ripun Bora resigned as the Assam Congress chief after the party dismal performance in Assembly elections in the State.

Ripun Bora while tendering his resignation as the Assam Congress president, said that he takes responsibility for the party’s defeat in the Assembly elections.

“I do hereby tender my resignation from the post of President, Assam Pradesh Congress Committee owing responsibility of the humiliating defeat of my party in the Assam Assembly Elections 2021,” Ripun Bora said in his resignation letter.

“…we were unable to combat the divisive and communal politics played by the BJP and the RSS,” Ripun Bora added.

“I pledge to continue my fight as a dedicated Congressman to uphold the ideology and values of the Indian National Congress,” Ripun Bora further said in his resignation letter. 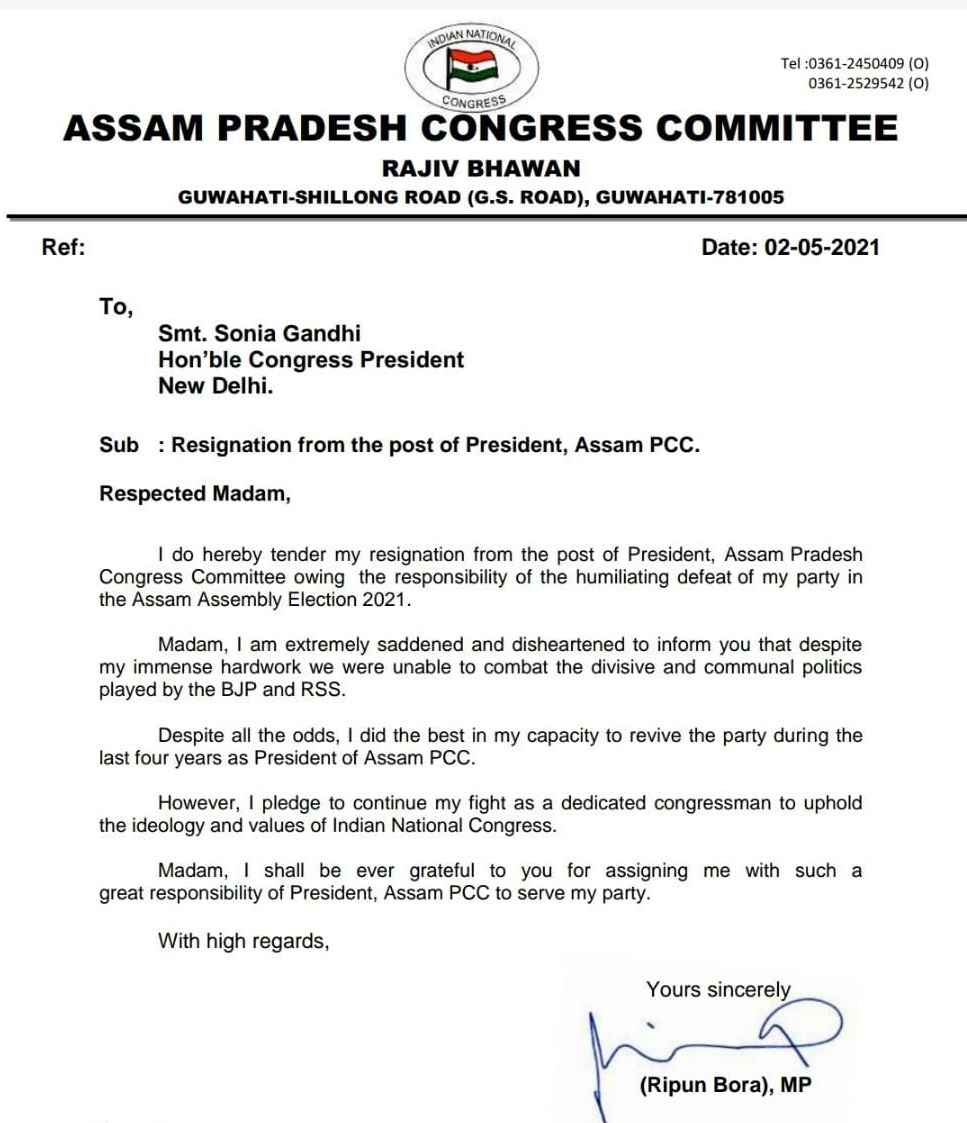 In fact, Rajya Sabha MP Ripun Bora is one of the heavyweight candidates who have lost the in the Assam Assembly elections 2021, results of which are being declared on Sunday.