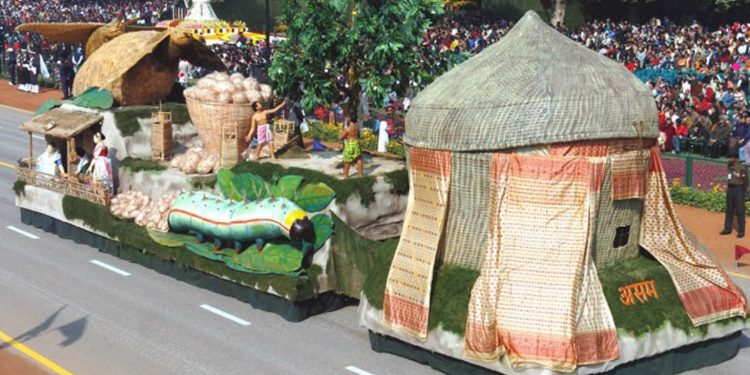 The Assam tableau at the Republic Day Parade will showcase the bamboo and cane crafts of the state, a senior government official informed.

According to the official, the decision has been taken since both bamboo and cane are integral parts of the Assamese lifestyle.

“Moreover, bamboo and cane are available in abundance in Assam and play a vital role in boosting the economy of the state,” he added.

A variety of products like mats, baskets, winnowers, sieves, jaapi etc. are made of bamboo and cane in Assam.

Bamboo is a part of the culture and tradition of Assam and several artisans have expressed happiness on the government’s decision to display it at the Assam tableau.

Apart from Assam, Bamboo is an integral part of the culture and tradition of the entire Northeast.

The tableau will depict a woman using a loin loom that has a back strap with a continuous horizontal warp.

Such type of looms is quite popular in the hill districts of Assam to weave traditional cloth with ribbed texture.

As its width is relatively narrow, two to three pieces of cloth are generally stitched to complete a garment.

The tableau will also showcase various dance forms of the state, especially ‘Bhortal dance’ of Assam.