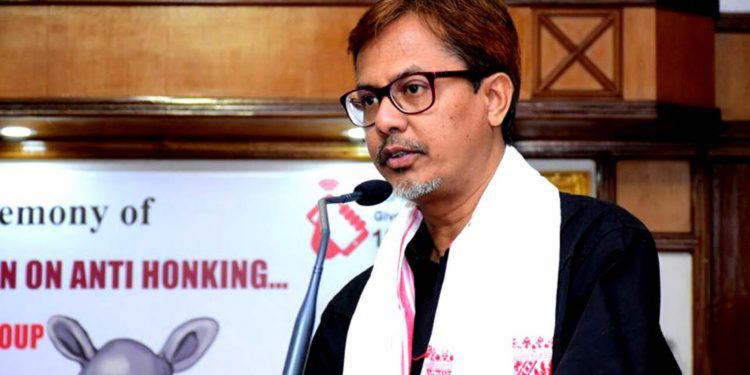 Violent hate speech targeting religious and ethnic minorities on Facebook in Assam has been viewed at least 5.4 million times, a new investigation has shown.

The investigation, by the global citizens’ movement Avaaz, comes as 1.9 million people living there face being stripped of their citizenship.

The Avaaz report, Megaphone for Hate, shows Bengali Muslims in particular, are targets on Facebook, with content calling them  ‘criminals’, ‘rapists’, ‘terrorists’, ‘pigs’, and ‘dogs’.

It is likely a drop in the ocean of hate speech that is drowning Assam through Facebook and other social media, the report said.

The investigation was carried out during India’s National Register of Citizens (NRC) process, which excluded nearly 1.9 million people from a citizens list at the end of August, leaving them vulnerable to statelessness.

The NRC process has prompted repeated warnings from the UN that there was rising hate speech against vulnerable minorities in Assam.

“Despite this, Facebook has relied heavily on artificial intelligence (AI) hate speech detection mechanisms that have failed to identify hate speech stoking up ethnic tensions in Assam, and has so far refused to put in place adequate human-led teams urgently needed to detect hate speech in Assam,” the Avaaz report said.

Alaphia Zoyab, senior campaigner at Avaaz said, “Facebook is being used as a megaphone for hate, pointed directly at vulnerable minorities in Assam, many of whom could be made stateless within months.”

“Despite the clear and present danger faced by these people, Facebook is refusing to dedicate the resources required to keep them safe. Through its inaction, Facebook is complicit in the persecution of some of the world’s most vulnerable people.”

Avaaz reviewed 800 posts and comments relating to Assam and the citizens register and found over a quarter (nearly 26.5 per cent) was content that likely breached Facebook’s own standards on hate speech. This content was shared over 99,650 times on the platform.

After Avaaz shared evidence with Facebook, it removed 96 of the 213 posts and comments for breaching its Community Standards. This included calls to ‘poison’ daughters, and legalize female foeticide.

Protecting ‘Indian’ women from ‘rape-obsessed foreigners’ was a particular theme in several posts.

For example, a member of the Assam state legislature, Shiladitya Deb, published a post, shared over 800 times, implying that those who rape ‘our mothers and sisters’ are ‘Bangladeshi Muslims’.

While the context is very different, the type of content found was similar in nature to the hate speech used against the Rohingya in Myanmar (the report provides a direct comparison of the hate speech in both cases); hateful content against Rohingya people in India was also found by Avaaz.

The report calls on Facebook, the Indian government and the UN to do more to protect vulnerable minorities in Assam.

Facebook should not rely solely on AI to detect hate speech in particularly dangerous contexts such as Assam, where the UN has issued warnings about the rise of hate speech on social media and its ‘potential destabilising effects’ for millions, as in Assam.

The Indian government should show how it is enforcing its laws to investigate and prosecute hate speech, with a particular focus on protecting minorities.

It should also ensure no one left off the NRC is rendered stateless, and ensure the rights of those excluded from the NRC are protected.

The UN should engage social media companies on how they protect vulnerable minorities, and address hate speech and disinformation.

This report is part of an ongoing Avaaz campaign to protect democracies from the dangers of disinformation on social media.

As part of that campaign, Avaaz investigations have revealed a huge disinformation network with half a billion views ahead of European elections.

Avaaz’s call for Facebook to correct the record as a primary solution to disinformation has been endorsed by people like EU Security Commissioner, Julian King.