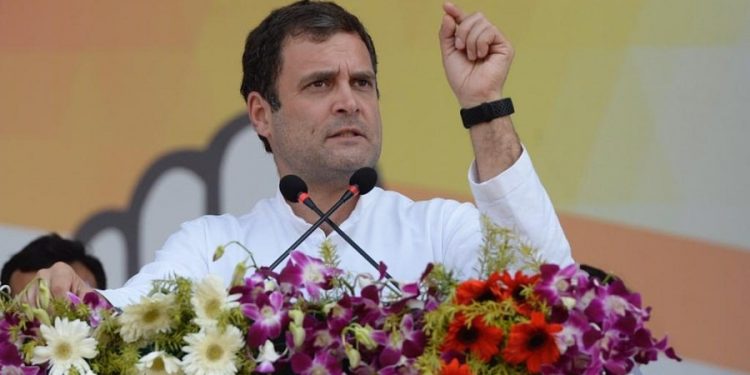 Former Congress president Rahul Gandhi, who was in Guwahati on Saturday, visited the residences of Sam Stafford and Diapnjol Das- two of the five persons who were martyred in anti-CAA protests.

Gandhi during his visit to Stafford’s residence in Hatigaon area of Guwahati spent time with his parents and spoke in details about the incidents leading to Stafford’s martyrdom.

After spending around half-an-hour at Stafford’s residence, the former Congress president then headed towards Chaygaon to Dipanjol Das’ residence.

Gandhi consoled Dipanjol’s mother and said his death will not go in vain.

From Chaygaon Gandhi flew back to New Delhi.

Earlier on the day, Gandhi taking part in the Congress foundation day celebration in Guwahati said Assam was returning to the path of violence due to BJP.

“I fear Assam is returning to the path of violence because of BJP’s policies,” Gandhi said.

“The spirit of Assam Accord which brought in peace should not be ruined,” he reiterated.