Tarun Gogoi passed away at 5.34 pm on Monday, and his body has been kept at Sankardev Kalakshetra to let people of Assam pay their last respect to their beloved leader. 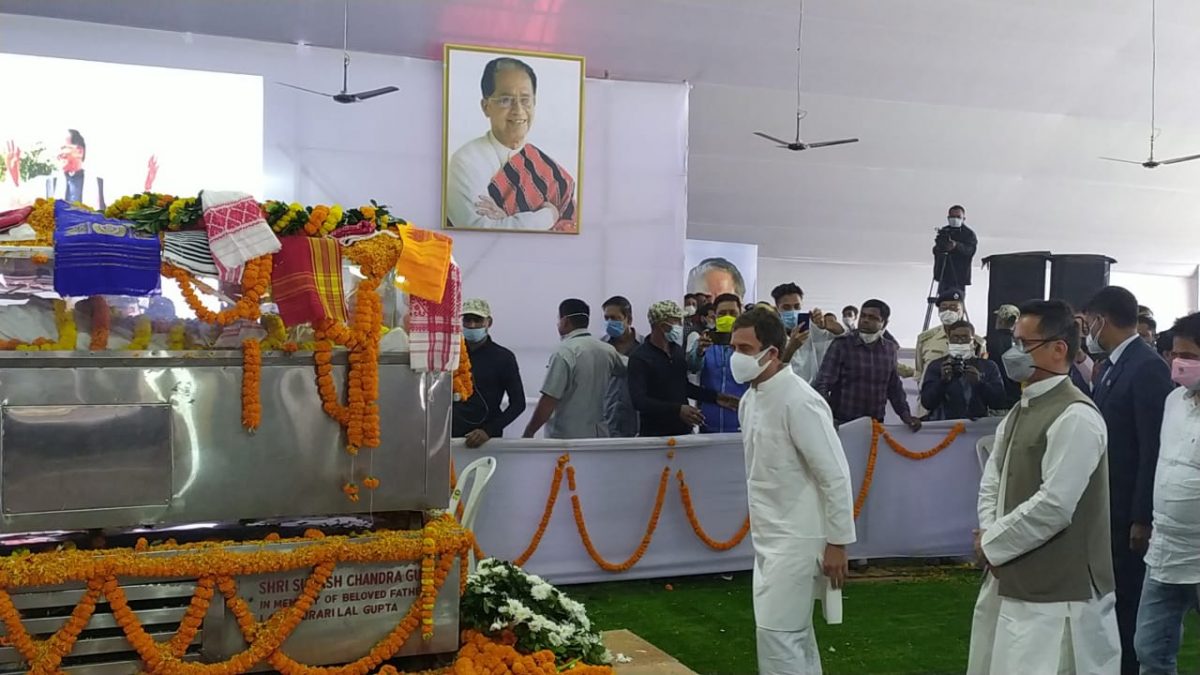 Gandhi said he had learnt a lot of lessons on the dynamics of politics from Tarun Gogoi. “I grew up talking to him (Tarun Gogoi) for long hours,” he said.

The Congress leader also interacted briefly with Tarun Gogoi’s son, Gaurav Gogoi, who is the Congress MP from Kaliabor in Assam.

From Sankardev Kalakshetra, Rahul Gandhi drove straight to the official residence in Dispur to meet Tarun Gogoi’s wife Dolly Gogoi and other members of the veteran Congress leader’s family.

Meanwhile, the Assam government has announced that the last rites of Tarun Gogoi will be held on Thursday at Nabagraha cremation ground.