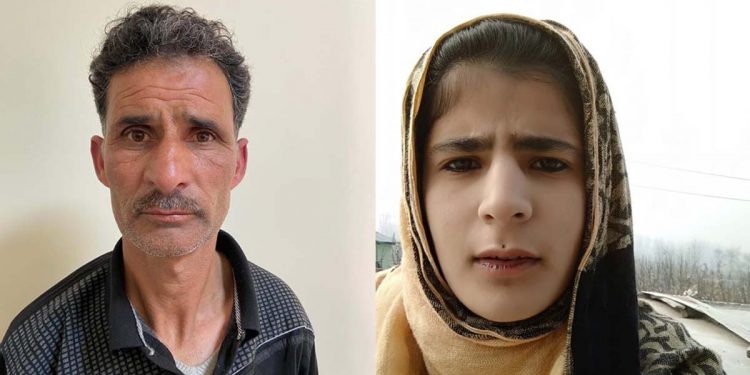 In connection with the infamous Pulwama terror attack, the National Investigation Agency (NIA) arrested a man and his daughter on Tuesday, say officials.

In the barbaric terror attack that took place at Pulwama in south Kashmir, 40 Central Reserve Police Force (CRPF) personnel were killed when a suicide bomber rammed his vehicle into a paramilitary bus.

The report quoted Srinagar-based officials as saying that both the father-daughter duo has been flown to Jammu for seeking them in the custody of the investigating agency.

The NIA has taken over the case to probe the conspiracy behind the terror incident.

The incident took place when Jaish-e-Mohammed terrorist Adil Ahmed Dar rammed his car into a CRPF convoy at Pulwama leading to the death of 40 CRPF personnel.

In connection with the case, the NIA sleuths have so far arrested two persons.

It has been suspected that the father-daughter duo was “harbouring” Adil Ahmad Dar, who carried out the Pulwama suicide bombing.

The arrest of the duo comes after the arrest of 22-year-old Shakir Magrey, a furniture shop owner, and resident of Hajibal, Kakapora in Pulwama, for allegedly providing shelter and other logistical assistance to suicide-bomber Adil Ahmad Dar.

It has been alleged that the last video of Adil Ahmad Dhar which was released by the Jaish-e-Mohammed from Pakistan after the terror attack was filmed at the residence of Peer Tariq at Hadkipora in Pulwama.

Arrested Peer Tariq and his daughter are accused of providing shelter to senior Jaish-e-Mohammad commanders just before the Pulwama attack occurred on February 14, 2019.

Among the martyred CRPF personnel, one was Maneshwar Basumatary, who was a resident of Kalbari at Tamulpur in Assam’s Baksa distri.