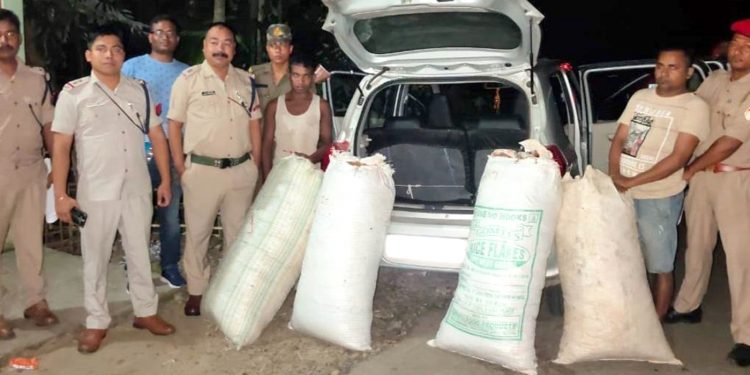 The Lakhimpur police, under the leadership of SP Harekrishna Nath, over the past few weeks have been on a mission-mode against drugs-trafficking in the district.

In another incident, Lakhimpur police on Sunday night recovered heroin from two persons in Banderdewa and Harmutty respectively.

In Banderdewa, police seized 26.68 grams of the drugs from the possession of one Samartha Banu near Brahmaputra Academy English School.

The operation was led by Lakhimpur DSP (HQ) Ruma Neog along with Madan Kalita, IC, Banderdewa.

Around 200 empty finger-sized plastic containers were also seized from the possession of the woman.

In Harmutty, 2.86 grams of heroin from the possession of one Sohidul Islam.