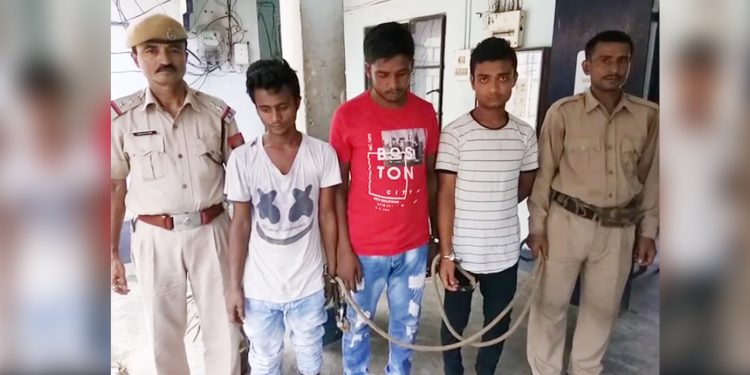 Police in Assam’s Darrang district on Monday arrested three robbers from different locations under the jurisdiction of Kharupetia police station.

The arrested robbers were wanted in several cases of robbery registered in different police stations of the state including Guwahati.

This was informed by sub-inspector of police Biraj Mohan Deka, who is also the Officer-in-Charge of the Kharupetia Police Station.

An amount of Rs 4,000 was also recovered from their possession.

The trio is being interrogated by the police.

The police expect that they would unearth more information and clues about other crimes committed by the trio.