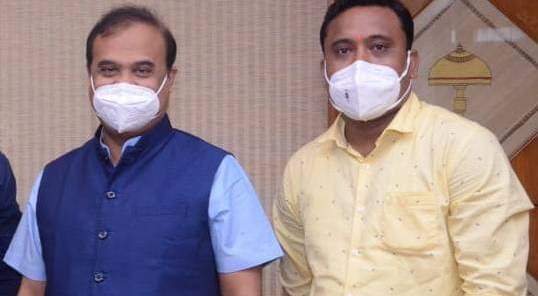 Photos of a man, who was arrested for his alleged involvement in human organ trade, with the BJP leaders including Assam chief minister Himanta Biswa Sarma, have left the State BJP red faced.

He was arrested by a team of police from his residence at Dhekerigaon under Dalgaon police station in Darrang district in connection with a case of illegal organ trafficking registered at Morigaon police station, Darrang SP Sushanta Biswa Sarma told  Northeast Now.

It is, however, not immediately known whether he is a member of ruling BJP.

Assam Police recently busted an illegal human organ trade racket in Morigaon district and arrested some accused, including a mother-son duo, in connection with the case.

The arrested woman and her accomplices were running an illegal kidney trade at Dakshin Dharamtul village in the district.

They lured poor villagers with a promise of paying Rs 4-5 lakh if they donated their kidney to some sick people and organisations.

As many as 20 people of the village are believed to have sold off a kidney each.