Panchayati Raj system: A travesty of local self-government in country

Panchayat elections hullaballoo will soon die down, but what will not die down is the precedent created by electioneering created during elections

What is the genesis of the Panchayati Raj? The idea was first mooted by Mahatma Gandhi in his now famous book ‘Hind Swaraj‘.

In Gandhi’s scheme of things, the village played the centre stage. He idealized the village society and looked for the soul of India in it.

The villagers would directly select the members of the panchayat from among them.

The farming and cottage industries would provide the consumer goods for the villagers and the village would be governed by the village panchayat. 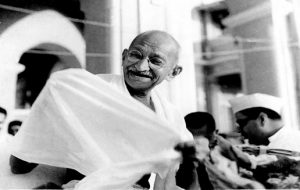 Gandhi discussed it while expounding his views on modern Western civilization. He opined that this basic social organization would be self-sustained and self-governed.

In his book ‘The Indian Constitution‘, Granville Austin put it eloquently: “Gandhi didn’t believe that life in Indian villages was ideal; he hoped that it would be reformed medically, economically and socially. Yet in the simplicity of village life, in its removal of falsity of urban, industrial society’s values-as he interpreted them – Gandhi envisaged the environment in which man could live morally, where he could tread the path of duty and follow the right mode of conduct, which to Gandhi was the true meaning of civiliz0ation.”

Gandhi wrote ‘Hind Swaraj‘ in 1908 in a voyage to India from South Africa. It is well known that after the independence of India, Gandhi wanted to disband the Congress and wished it only to be a social service organization based on a nation-wide  network of panchayats.

Ironically this was his last wish. He suggested this the day he was killed. Naturally ideals of grass-roots level and decentralized democracy appealed to members of the Congress Working Committee.

Though they considered it seriously they didn’t disband the Congress. Later, in the Constituent Assembly Dr Ambedkar even said some harsh words against the existent village self-governing institutions.

However, after much deliberation, Article 40 was included in the Constitution of India under the non-enforceable Part IV on the Directive Principles of State Policy.

It says: “The State shall take steps to organize village panchayats and endow them with such powers and authority as may be necessary to enable them to function as units of self-government.”

Unfortunately nothing practical was done until former Prime Minister Rajiv Gandhi took special initiative to bring a constitutional amendment to introduce village panchayats in the country which subsequently became a reality during the tenure of former Prime Minster Narasimha Rao.

This is the long and short history of Panchayati Raj in India. But there is much difference between what Gandhi proposed as self-government for the villages and what we got finally in the name of Panchayati Raj system.

It is a much watered down version of what Gandhi propounded as village self-government. Some even criticised the constitutional amendment brought in by the Narasimha Rao Government as a stooge of new liberal economic policy for taxing the village people on their income from paltry sources.

Whatever it was, it was not the moral and self-government envisaged by Gandhi for India.

But what we witnessed was a most amusing circus in the name of panchayat elections in Assam in last few days, particularly in its electioneering.

Will you be able to count how many helicopter trips both the current Chief Ministers of Assam have made in this panchayat elections?

I mean Sarbananda Sonowal and Himanta Biswa Sarma. No, don’t pause and ask me why I am saying both the Chief Ministers of Assam! Do you have any doubt? Yes, in name HBS is not the Chief Minister. But, otherwise for all practical purposes he enjoys the chief ministerial clout both in Dispur and New Delhi.

So why don’t call him  a Chief Minister as well! After all what is there in a name? Whenever there is a mega event around, you see bill boards hanging on the light posts with their pictures with smiling faces.

And this government has learnt the art of turning every small event to a mega event. They are at their best in organizing events and launching publicity bonanza centring around them.

Here they are most innovative. So almost everyday you see their faces on bill boards and newspapers.

As citizens it is torturous for us to see the wasteful expenditure of public money for such egoistic publicity of public figures. You don’t have funds for doing anything, but you have all the money for this publicity blitz.

Both the Chief Ministers were crisscrossing the skies of Assam by helicopters while campaigning for panchayat elections.

Other political parties also didn’t not lag behind, though they couldn’t use helicopters.  They didn’t have the funds. It is so simple and clear that panchayat elections are not about grand issues and political ideologies.

They are quintessentially about local and village level issues. To introduce a national narrative in local level elections is a travesty of local self-government.

They have not empowered the people at the village level. They have made people more dependent on these seasonal political leaders.

The Panchayat elections hullaballoo will soon die down. But what will not die down is the precedent created by the electioneering created during the elections.