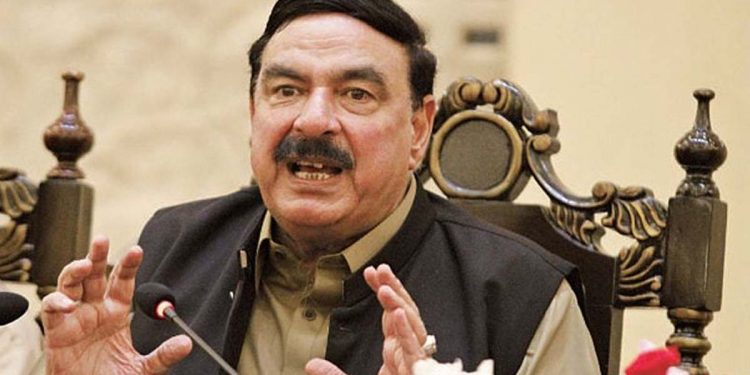 Pakistan has warned of nuclear war against India and said its range includes even Assam.

However, the nuclear weapons would save Muslim lives and only target some specific regions in India.

A media report quoted Pakistani railway minister Sheikh Rashid as claiming that Pakistan has very calculated weapons which are small and perfect.

Assam, which is one of the targeted regions, comes within the range of the weapons, the minister said.

The minister revealed about the country’s weapons during an interview with Pakistani media channel Samaa TV on August 19 (Wednesday), said the report.

During the interview, Rashid reportedly warned that Pakistan has no option in convention war and “if something will happen it will be the end”.

“If Pakistan gets attacked by India, there is no scope for convention war. This will be a bloody and nuclear war. It will be a nuclear war for sure. We have very calculated weapons which are small and perfect,” the report quoted Rashid as saying.

“Our weapons will save Muslim lives and will only target regions. Pakistan range now even includes Assam. Pakistan has no option in convention war; therefore India knows if something will happen it will be the end,” he added.

Such threatening of nuclear war announced by Pakistan against India is not new.

In the aftermath of India revoking Article 370 from Jammu and Kashmir, Khan also mentioned about the nuclear weapons that their country has.

“I want to tell (Narendra) Modi that our Army is ready for anything they do in Kashmir (PoK). The world should know that when two nuclear countries face-off, the whole world will be harmed. I tell this to everyone I speak with,” Pakistan PM Khan said in August 2019.

The Pakistan PM made the remarks at the ‘Kashmir Hour’ rally.