Over 5000 people affected by flash flood in Dhemaji

Dwelling houses submerged by Lali river at Kobu-chapori in Jonai.

More than 5000 people have been affected by flash flood in North Assam’s Dhemaji district.  The water level in the rivers of the district are rising due to heavy downpour occurred in the upper reaches of Arunachal Pradesh since June 24.  The rising waters have flooded nine villages in Jonai and Dhemaji revenue circles.

The affected families along with their livestock are taking shelter on the highlands, while academic activities of the educational institutions are on halt due to flash flood. 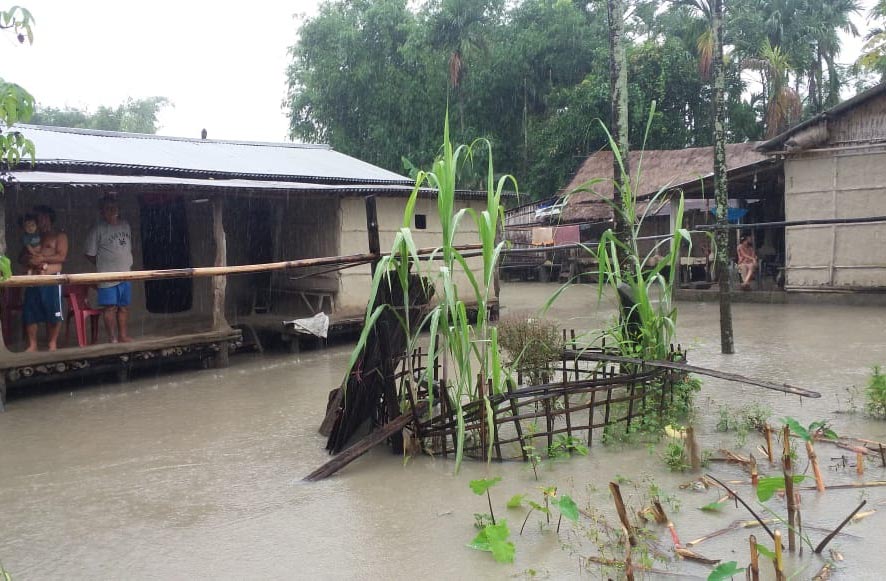 According to report, the water level of Brahmaputra, Jiyadhal, Kumatiya and Gainadi river is marinating rising trend.

Disaster Management department officials said that the district administration is closely observing the situation and instructed water resource officials to have frequent vigil on the water levels in the rivers.