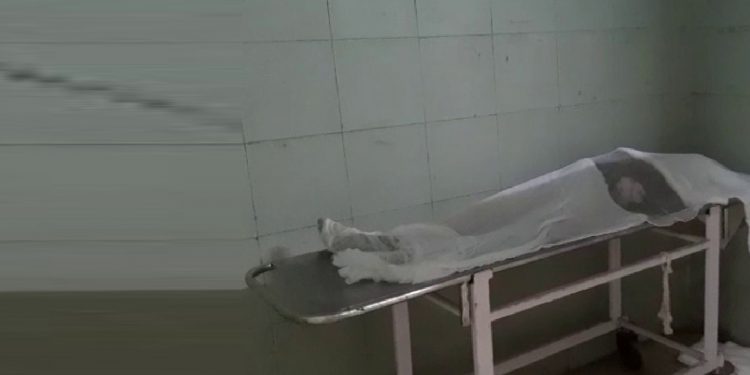 Body of the deceased

Speaking to media, Rupjyoti Dutta disclosed the post mortem report of the victim which was carried out at Swahid Kushal Konwar Civil Hospital in Golaghat.

Dutta said, “Doctors have mentioned about suicide in the post mortem report of the victim. No report of rape and murder has been mentioned by the doctor.”

Takam Mising Porin Kebang (TMPK), Mising Mimag Kebang (MMK) along with Jipal organization staged a protest in the region after the incident.

The activists alleged that Bipul Chetia was involved in Namita Doley’s case and the incident was a pre-planned murder.

After the incident, Nipen Kalita lodged an FIR against Mintu Kumar Nath in Bokakhat Police Station who was arrested by the Bokakhat Police later and produced before the Court of District and Session Judge and sent to jail.

It may be mentioned that Bipul Chetia was living on rent for two years in the Bokakhat Kalyan Ashram which is a division of Bokakhat Asom Seva Samiti.

The victim’s family was living in the Kalyan Ashram campus since 1991. Her husband Nipen Kalita was working as watchman of the Ashram.