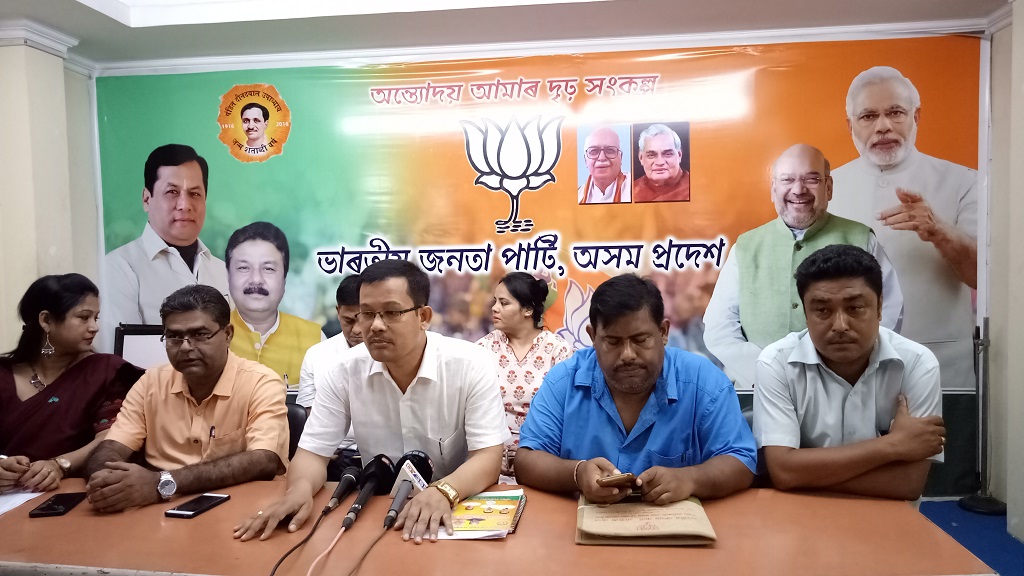 The Other Backward Caste (OBC) cell of Assam BJP on Tuesday, while welcoming the clearance of the Constitution (123rd Amendment) Bill, 2017 by the Rajya Sabha, stated that it would empower the people belonging to OBC category socially and economically.

The Bill, which is also referred to as the OBC bill, was passed with support of more than two-third majority of those present in the Upper House on Monday last.

The House adopted the Bill along with the amendments made by the Lok Sabha by 156 votes to nil.

The Bill, to grant constitutional status to the National Commission for Backward Classes (NCBC), was passed unanimously by the Lok Saha on August 5, 2018.

Talking to the media persons, Bitopan Raidongiya, president of OBC Cell, Stat BJP alleged that the former Prime Minister during Congress reign Dr Manmohan Singh, who was elected to Rajya Sahba from Assam, did nothing for the welfare of the people belonging to Other Backward Classes of the State.

“It was a long pending demand of the OBC people. People of 31 communities of Assam belonging to OBC category will now get the benefits,” said Raidongiya.

Raidongiya, while demanding to implement the recommendations of the Mandal Commission, said “We demand 27 per cent reservation in colleges and universities for students and also in government job sector.”

It may be mentioned that the Bill was passed by the Lok Sabha earlier on April 10, 2017, but not cleared by the Rajya Sabha.

Responding to a question on possible agitation by the communities demanding Scheduled Tribe status for a long time, Raidongiya said, “I don’t think about such possible dissatisfaction which may lead to agitation. Even we Ahoms are also seeking ST status.”

The objective of the Bill is to make NCBC a panel with full powers to safeguard rights and interests of the people belonging to OBC category.