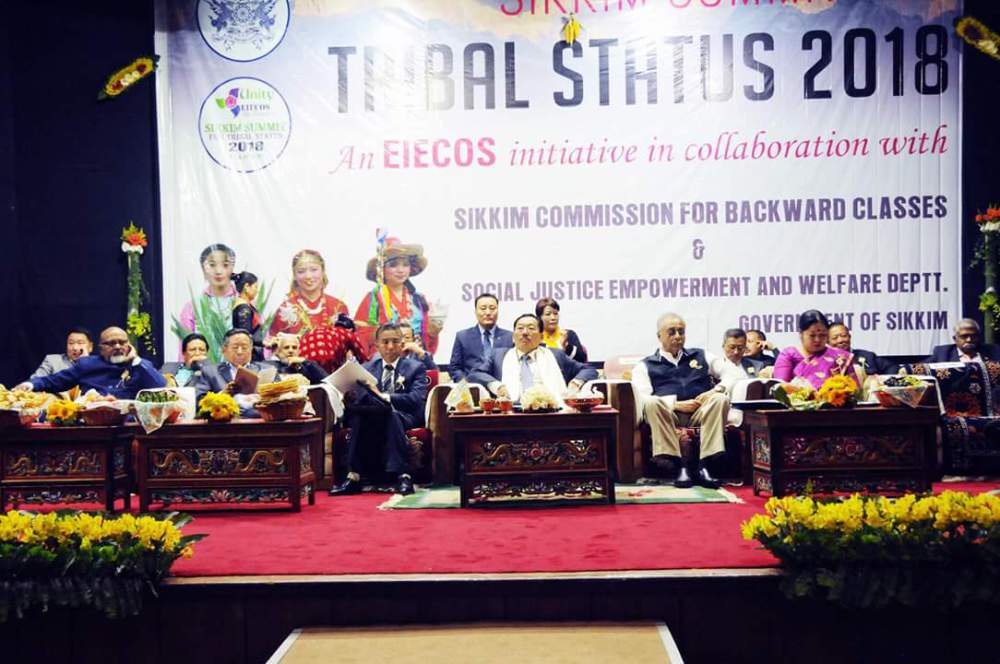 Sikkim Chief Minister Pawan Chamling while strongly advocating granting of scheduled tribe status to 11 Sikkimese Nepali communities regretted that the Nepali communities in India have not received ‘as much respect and dignity’ as was extended to other citizens.

“We are deliberating on recognition of 11 Nepali communities as scheduled tribe communities in Sikkim as well as our brothers and sisters residing in other parts of the country to ensure justice for their demand. I firmly believe our sincere struggle and hard work will soon bear results,” Chamling said while inaugurating the Sikkim Summit for Tribal Status 2018 in Gangtok on Thursday.

Also read: Sikkim pulls up sleeves to give tribal status to 11 ethnic communities

The issue has been lying unresolved for over 40 years.

The two-day summit has been organised by EIECOS – an association of the registered 11 indigenous ethnic communities of Nepal – as also the Sikkim Commission for backward Classes and the state’s Social Justice Empowerment and Welfare Department.

Highlighting that Sikkim was the only state to have joined India by way of referendum, Chamling said, “Sikkim is the unique embedded example of commitment and patriotism for national integration.”

However, in 1978, the Nepali community was ‘unfortunately’ left out when scheduled tribe recognition was granted – three years after the state joined India.

“After so many years, we are still fighting for justice, demanding the inclusion of the left out communities in the ST list. We embraced India as a country on the condition of never compromising our uniqueness as Sikkimese people protected by the Indian Constitution. However, in 1978, only Lepchas and Bhutias were listed as scheduled tribes and the Nepali community was virtually delisted,” he added.

“This was an unfortunate decision on the part of the Indian government because it led to the deprivation of pre-merger political privilege of our community. This was gross injustice to the Nepali community which needs to be addressed, though partial justice was done when Tamangs and Limbus were given ST status in 2002,” Chamling further said.

Pointing out that it has been historically proven that the Nepali community has made great contribution to nation-building at par with other citizens, he said, “But the Nepali community in India has not received respect and dignity at par with other citizens. They are still struggling with identity crisis. The contribution made by Nepali speaking citizens of India has gone unheard, and therefore they are suffering injustice till today. The time has come to take appropriate steps to address these shortcomings.”

Chamling said his government has taken note of the historical background of the demand and is doing everything possible to secure constitutional recognition of the 11 left out communities for ST status.