Not in Ayodhya, now Hindu group to build four Ram temples in Assam! 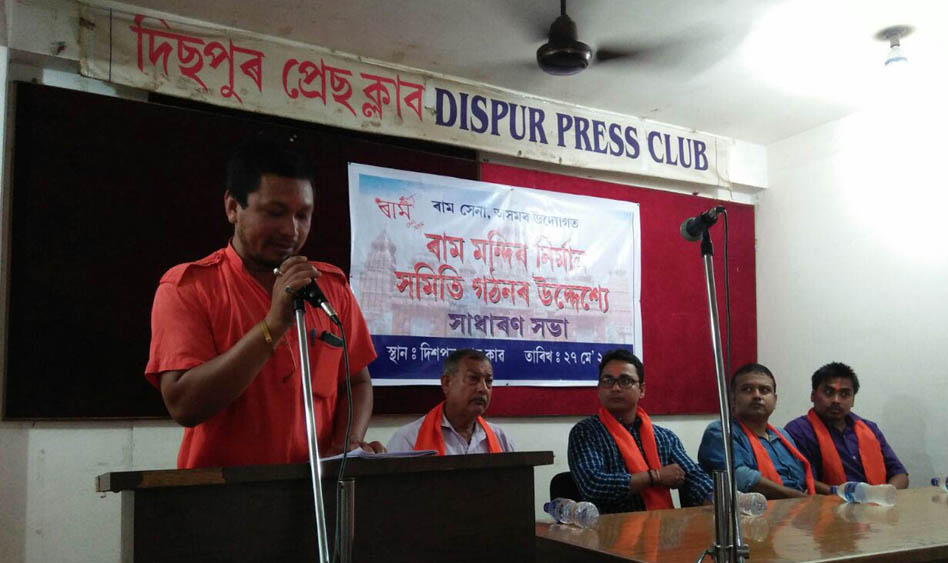 With an eye to expand Hindutva ideology, a right-wing Hindu group has planned to construct Ram temples, not in the disputed land of Ayodhya, but right here in Assam.

Ram Sena, Asom, a little known right-wing group, in a meeting on Sunday at Dispur Press Club here, announced that the outfit will construct a total of four Ram temples in the minority-dominated areas of the state.

“The people belonging to Hindu community are of late facing existential threat from certain forces in the state. To counter this threat, we have planned to construct these temples,” said Nayanjyoti Medhi, the adviser of the organisation.

The outfit has targetted to complete the construction of the four Ram temples by 2022.

Medhi, who is also an advocate of Gauhati High Court, said that the outfit will organise a massive rally in Guwahati very soon with this purpose.

The outfit has identified four religious minority dominated areas —Dhing in Nagaon district, Moirabari in Morigaon district, Kharupetia in Darrang district and Jania in Barpeta district — for construction of these temples.

Meanwhile, the sudden announcement by the little-known outfit, which hardly made any statement on the burning issues of the state, has raised eyebrows of the conscious citizens of the state.

The move of the organisation is also likely to trigger fresh tension in the state, which is already boiled over Citizenship (Amendment) Bill, 2016, as the sites selected by the organisation for construction of the temples  fall in religious minority dominated areas.

According to Medhi, the outfit was floated on September 3, 2017.

Assam, which is known as the land of Vaishnavite culture, has witnessed various activities promoting Hindutva ideology, after BJP coming to power in the State in 2016.

The Rashtriya Swayamsewak Sangh (RSS), whose founders idealised protection and encouraging Hindu training to form a Hindu rashtra (Hindu nation), organised a huge rally—Luitporia Hindu Samabesh–on January 21, 2018 in Guwahati. This was the first ever such rally organised in Assam.