Northeast is at the heart of Act East Policy, says Modi 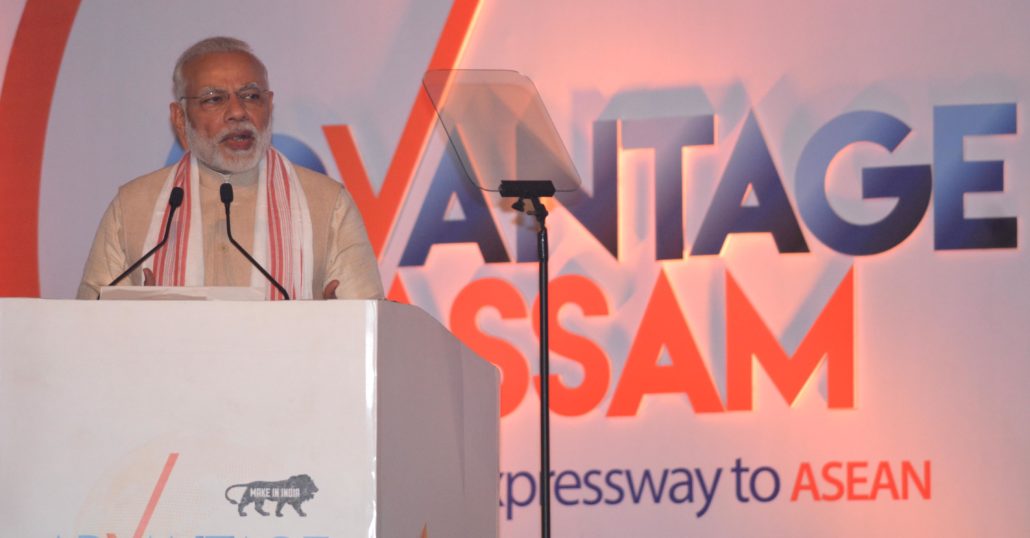 Prime Minister Narendra Modi on Saturday inaugurated the two-day Global Investors’ Summit in Guwahati, a first of its kind initiative in the Northeast, and said a new terminal being constructed at Guwahati airport would boost the region’s connectivity with Asean countries.

Addressing the event, being held at the Sarusojai Stadium in Guwahati, the Prime Minister expressed his happiness that Bangladesh and Bhutan have opened their consulate offices in Guwahati and said the Northeast is at the heart of India’s ‘Act East Policy’.

The Prime Minister said the initiatives taken by the BJP-led NDA government at the Centre for the last three and half years “are becoming evident” and that his government had spent Rs 5,300 crore every year in northeastern states to improve the railway network.

He said the tagline of the meet – ‘Advantage Assam: India’s expressway to ASEAN‘ – is very appropriate and not just a statement but it is a “comprehensive vision”.

“We created the Act East Policy and the Northeast is at the heart of it. The Act East Policy requires increased people to people contact, trade ties and other relations with countries on India’s east, particularly Asean countries,” Modi said.

“Our vision is development of the eastern part of India, as the country’s fast pace of development will only be effective when the people living in the northeast develop,” he said.

Modi said that roads and railways are being constructed at a faster pace in the northeast and electricity is being generated at a similar pace.