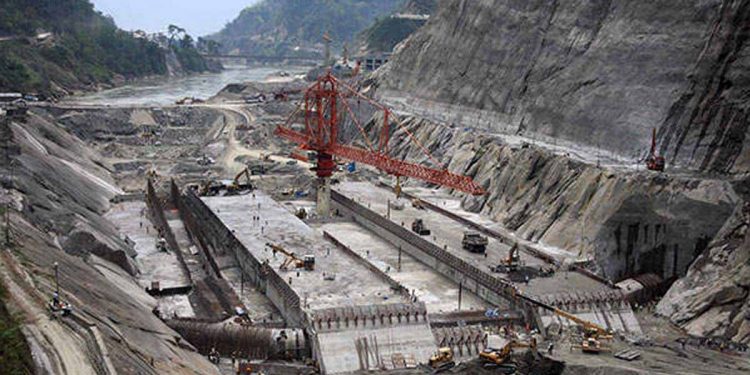 Even as COVID-19 continues to trigger panic in Lakhimpur, hundreds of anti-dam protesters since July 7 have been blocking the movement of heavy machinery meant for the construction of the National Hydro-electrical Power Corporation (NHPC)’s Lower Subansiri Hydro-electrical Power Plant (LSHEP) dam at Gerukamukh.

Vehicles en route to Gerukamukh were again stopped on Tuesday by the members of the All Assam Students’ Union (AASU) in Gharnagar in Lakhimpur district.

AASU has been opposing the construction work of the mega-dam since the day inception of the dam.

Opposing the movement of the vehicles, the AASU lashed out at NHPC for continuing with the dam construction work amid the COVID-19 pandemic.

Apart from AASU, several other organisations including AJYCP, AAGSU, AASAA also stopped the vehicles carrying the heavy machinery in that area under Bogeenadi Police Station around 7 in the morning.

The protesters blocked the road for five hours and shouted slogans against NHPC, the BJP-led state government, the Centre and the dam lobby.

Later, police and civil administration from North Lakhimpur arrived on the spot and talked to the protesters and eventually the vehicles were escorted by the police to their destination.

Meanwhile, the Deputy Commissioner of Lakhimpur has convened a meeting with the protesting organizations over the issue on Friday.